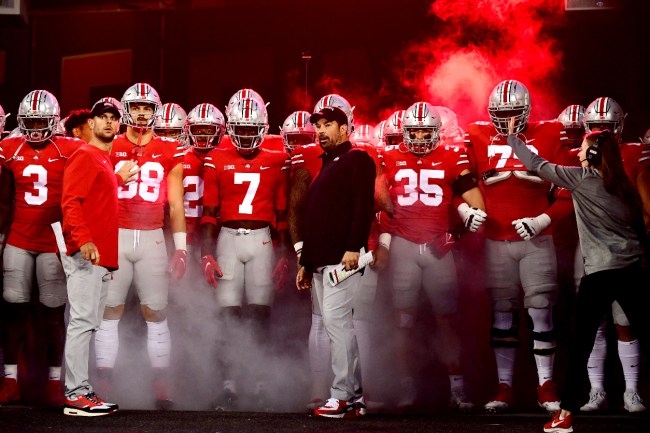 The Ohio State Buckeyes have found a massive cornerstone with head coach Ryan Day. Since Day has taken over in Columbus, they have put together a 34-4 record with two bowl game victories and a trip to the National Championship Game.

The Buckeyes should be working quickly to lock in Day with a long-term deal. Day gave some recent comments that show he is committed to the longevity of the Ohio State program on a recent radio appearance (h/t Zach Barnett of Football Scoop).

“First off, there’s just so many people to thank when something like this happens. This is obviously a wonderful place. And like I said before, I want to be here as long as I possibly can and our family loves Columbus.”

This is a no-brainer for Ohio State, and even after Day signed a two-year extension recently, the Buckeyes need to be thinking long-term.

The Buckeyes should do whatever it takes to keep Day in Columbus. There is no other thought process here.

In the interview — which can be found here via 97.1 The Fan — Day spoke highly of his time in Columbus. This sent Buckeyes fans to social media hoping, begging, wishing for Day to stick around for the foreseeable future.

Sure, he is signed through the 2028 season, but we have seen massive, lengthy college football deals become the norm. Remember that Clemson head coach Dabo Swinney received a monster 10-year deal a few years back. Jimbo Fisher, Mel Tucker, and recently-named LSU head coach Brian Kelly all received 10-year contracts.

That is a decade worth of commitment, which might come as a risk, but for the Buckeyes, signing Day for as long as possible is worth it.