Rutgers Football Is Proving That You Can, In Fact, Find Anything You Could Ever Need At Costco 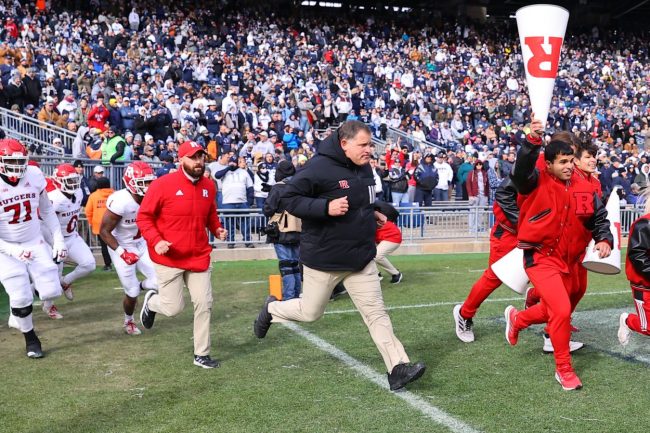 Costco is truly a magical place. For anyone who has never been to a Costco, I can’t emphasize enough how fantastic it is.

Need some car tires? Go to Costco. How about a rotisserie chicken? Also Costco. Are you like Jim Harbaugh and trying to replace those khakis you’ve worn to work every day for the last three years? You guess it, Costco.

Now, you’re probably wondering what exactly this has to do with sports. The answer, like the selection at Costco, is everything.

Greg Schiano is back at the helm of Rutgers after nearly a decade away and the former Tampa Bay Buccaneers head coach is doing a pretty solid job. Schiano is attempting to clean up the mess left by Kyle Flood and Chris Ash and has done an impressive job of doing so. The Scarlet Knights won three games in the COVID-shortened 2020 season but improved that to 5-8 in 2021.

Schiano hauled in one of the best recruiting classes in program history in 2022 and appears to have the team headed in the right direction. The next step is getting fans in the seats at SHI Stadium. For that, Rutgers is getting creative.

Look what is available at Costco now #Rutgers #Chop pic.twitter.com/1TMaqUD1Qp

Boom, you just got Costco’d!

The deal appears to include two lower-level sideline tickets plus parking to a number of select home games. Though it doesn’t appear to say what games are included in the package. The Scarlet Knights host both Michigan and Penn State in marquee games this season.

So, Rutgers fans, while you’re grabbing your legendary $1.50 hot dog combo, be sure to pick up some football tickets along the way.