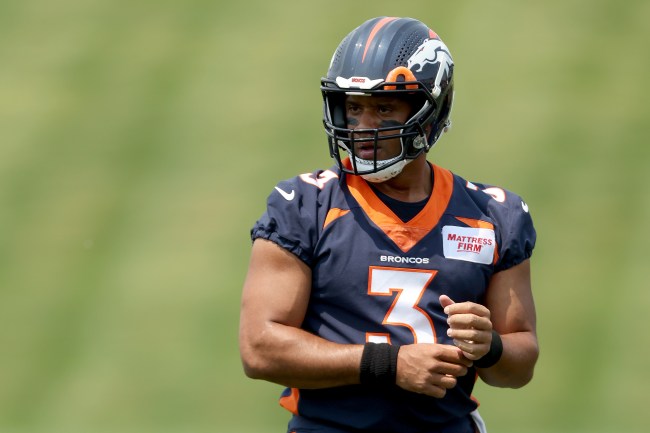 Russell Wilson is rocking a new NFL uniform for the first time in his career. After spending his entire career with the Seattle Seahawks, Wilson is beginning a new chapter as the quarterback for the Denver Broncos.

With minicamps rolling out, Wilson spent the weekend giving the commencement speech at the Dartmouth graduation.

However, Wilson’s entrance wasn’t the spectacle he was hoping for and one person in attendance gave him a not-so-gentle reminder of his infamous Super Bowl XLIX interception against the New England Patriots.

As Wilson walked up, one person in attendance delivered a cheap shot reminding Wilson of that painful play.

Do you remember that play? Who doesn’t?

Things might have been much different if Butler didn’t intercept that ball, and Wilson must have heard the person say Malcolm Butler during the graduation.

Wilson also made headlines during his commencement speech with a hilarious statement, saying people usually refer to him as Ciara’s husband.

Wilson is beginning a new journey with the Broncos after a drama-filled offseason, and the Broncos are expected to have a much better season, although it won’t be easy in the AFC West.

Nonetheless, Wilson was once again hit with an unfortunate reminder of that interception.