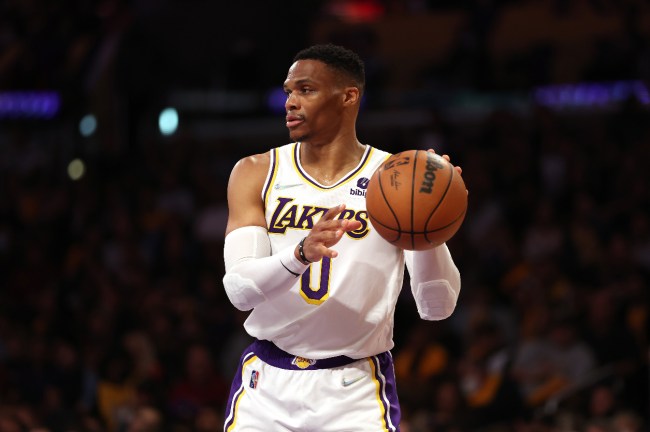 Let the drama begin (or continue).

The Los Angeles Lakers selected Max Christie out of Michigan State in the second round of the 2022 NBA Draft on Thursday night. There is no drama there.

However, famed television personality Skip Bayless took to Twitter to share his thoughts on the choice and proceeded to call out Russell Westbrook in the process.

Sure, Christie only shot 32% from three-point range, but it was his first year in college, and he is still young. But, the most significant part of Skip’s Tweet was Westbrick.

On Friday, Westbrook saw it and quickly lashed out at Bayless for his comments.

Westbrook is never afraid to speak his mind, and this time, it was awfully serious from the Lakers point guard.

Yoooo… watch your mouth. Don’t say anything here you wouldn’t say to my face. https://t.co/0u8nFXYLY8

Skip Bayless wants any reason to lash out at the Lakers in general and LeBron James at any possible moment. When the Lakers selected Christie, he riled up fans everywhere by bashing Westbrook, specifically.

Sure, Westbrook struggled this past season for the Lakers, but drawing this reaction isn’t something Bayless will be proud of. Then again, maybe he is.

Westbrook has had enough of the slander regarding him and the Lakers, and with all of the rumors floating around, he reached his boiling point on Skip Bayless.