Russell Westbrook Could Be Headed To New York, Just Not The Team That Everybody Previously Thought 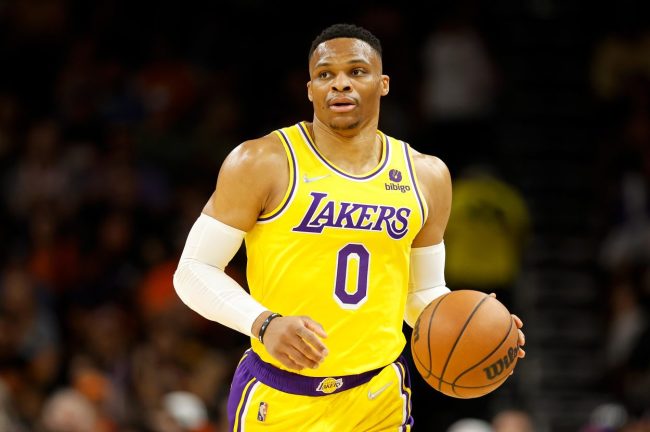 Marc Stein dropped an absolutely bombshell in his newsletter on Monday. The former ESPN turned independent writer revealed that Russell Westbrook could be plying his trade in New York City next year.

But wait, we already knew that. Westbrook has been at the center of a possible Los Angeles Lakers trade for Kyrie Irving for nearly a month now. So why is Stein’s report such a big deal?

According to the veteran reporter Westbrook playing in New York is a real possibility. But Stein reports that it’s the New York Knicks, not the the Brooklyn Nets who are in pursuit of the former NBA MVP.

“One league source advised me in Las Vegas to keep an eye on the Knicks and Lakers discussing a potential Westbrook deal if — IF — Leon Rose can successfully bring Donovan Mitchell to Madison Square Garden.” 👀👀👀

Stein applies a very large caveat to a potential move in his report, however,

“One league source advised me in Las Vegas to keep an eye on the Knicks and Lakers discussing a potential Westbrook deal if — IF — Leon Rose can successfully bring Donovan Mitchell to Madison Square Garden,” he said.

How Westbrook would fit in any situation involving Mitchell is fascinating.

Positionally, the Knicks would have three lead guards after signing Jalen Brunson in free agency and hypothetically landing Mitchell, a New York native, via trade. Then there’s the matter of the salary cap. Brunson signed a four-year deal worth $27.7 million against the cap this year. Mitchell’s rookie max extension is worth $30.3 million this season, and Westbook is set to make a whopping $47 million in 2022-23.

Any deal involving Westbrook would need to send out chunks of salary that the Knicks really don’t have. And a capped out Knicks team with those three probably won’t be all that good. But one think New York won’t be, and never is, is boring.