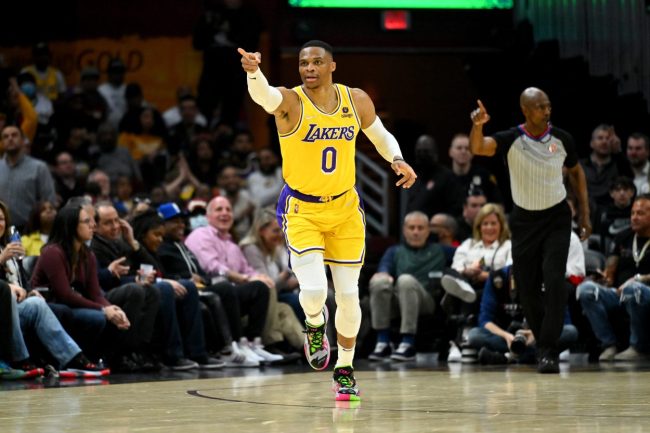 Nothing is ever simple when it comes to Russell Westbrook. The former NBA MVP and nine-time NBA All-Star has been at the center of discussions throughout the NBA offseason.

Just in the last two months alone, Westbrook has gotten into an argument on Twitter with Skip Bayless, he’s dropped in on new Lakers coach Darvin Ham’s introductory presser, and he’s been at the center of trade talks involving Brooklyn Nets star Kyrie Irving.

But nobody could’ve foreseen the turn that Westbrook’s offseason took on Friday night.

The star guard and agent Thad Foucher, who has represented him throughout his NBA career, parted ways. Foucher cited “irreconcilable differences” for the split.

Now, an agent and player splitting up isn’t all that strange. But it’s rare that the it’s the agent who releases a statement. It’s even more rare that they dive into what caused the split. Foucher did both.

“Now, with a possibility of a fourth trade in four years, the marketplace is telling the Lakers they must add additional value with Russell in any trade scenario. And even then, such a trade may require Russell to immediately move on from the new team via buyout. My belief is that this type of transaction only serves to diminish Russell’s value and his best option is to stay with the Lakers, embrace the starting role and support that Darvin Ham publicly offered. Russell is a first-ballot Naismith Basketball Hall of Fame player and will prove that again before he is retired.”

It appears that Foucher and Westbrook have very different visions for the star’s future. What happens next is anybody’s guess.

Irreconcilable differences? Are they also getting a divorce? https://t.co/TKTSzfK1Xz

"We have irreconcilable differences about whether my client should chill the fuck out" is kind of wild! https://t.co/k7ULScmwYF

This is a strange read.

Heavily implies that Russ wants out of LA, but the agent is advocating for him to stay as though it’s *his* decision.

And then for whatever that disagreement was to escalate so far as to end the relationship?

Who the hell knows what to make of this. https://t.co/zg7itQR0hr

You never see an agent this blunt about why he decided to part ways. Wild stuff. https://t.co/GgASKP641Y

well, don't exactly have to read between the lines with that statement https://t.co/FpZl7qkqWV

As always, Russell Westbrook is one of one.