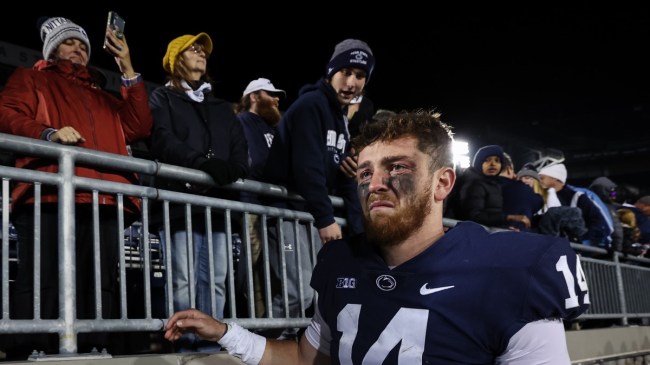 The Rose Bowl is one of the more prestigious events in all of American sports. The game has been played 108 times, traditionally pitting the champion of the Big Ten and Pac 12 against each other. Over the years, the names, number of teams, and selection format has changed in those leagues. But, the Rose Bowl has been the constant.

This year, things could get weird. If things go as expected on conference championship weekend, both conference champions will be in the College Football Playoff. Michigan is likely to beat Purdue and make it, while USC is a slight favorite over Utah. If that happens, the Rose Bowl is still obligated to select teams from those two leagues. But, they will have some discretion on who to pick. And, who they pick may not be what you initially think.

Traditionally, if the conference champion could not participate in the Rose Bowl, the next-highest-ranked team would take their place. In the Big Ten, that would be Ohio State, assuming they themselves do not make the playoff.

But, the Buckeyes played in the game last year and didn’t sell as many tickets as you’d think. After another disappointing loss to Michigan, fan excitement is low. Many fans won’t want to make the return trip to a game they feel is indicative of the team not living up to expectations.

So, the 5th-ranked Buckeyes may end up in the Orange Bowl against Clemson. The 8th-ranked Penn State Nittany Lions may take their place.

If the Buckeyes land at No. 5 on Sunday, the Rose Bowl is strongly considering taking Penn State instead of Ohio State this year, sources tell @slmandel and me: https://t.co/ogOKLu7ezZ

This would be quite the reward for the Nittany Lions. They started the season unranked. But, they took care of business to go 10-2 and led Michigan and Ohio State both in the 2nd half.

Penn State always travels well, too. The Rose Bowl can be sure they will bring a ton of fans in blue and white. They last played in the game after the 2016 season, in which they lost a thriller to USC, 52-49.