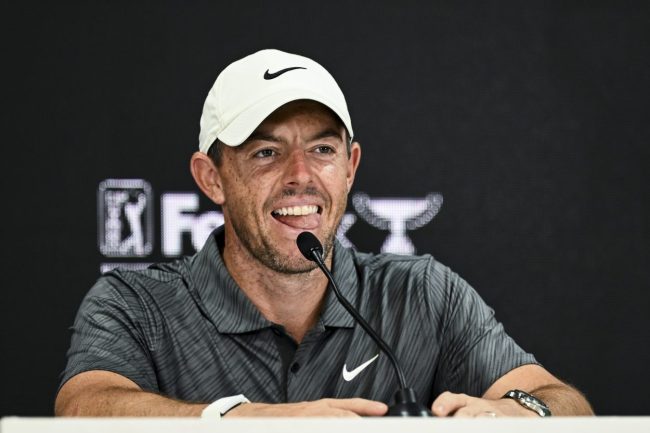 The PGA Tour received what amounts to a momentous victory in a court room on Wednesday when federal judge Beth Labson Freeman ruled in its favor against a trio of LIV Golf defectors.

In addition to joining an antitrust suit against the tour, golfers Hudson Swafford, Matt Jones and Talor Gooch sought a temporary restraining order that would allow them to compete in this week’s FedEx St. Jude Championship. The event is the first round of the PGA Tour’s FedEx Cup playoffs.

McIlroy And Thomas Speak Out Against LIV Yet Again

Two people that were happy to see the trio have their suit shot down were Rory McIlroy and Justin Thomas. McIlroy and Thomas both spoke out about the court case with media on Wednesday. And it wasn’t the first time they’ve been vocal about LIV.

Rory, to reporters today in Memphis, on the judge denying the suspended players' TRO: "From my vantage point, common sense prevailed." Said having those players in the playoffs would have been a "sideshow."

“From my vantage point, common sense prevailed, and I thought it was the right decision,” McIlroy said. “Now that that has happened, I think it just lets us focus on the important stuff, which is golf. We can all move forward and not have that sideshow going on for the next few weeks, which is nice.”

Thomas has been vocal throughout about his distaste for LIV and his comments on Wednesday offered more of the same.

“It was personal to me from the beginning,” he said. “It’s kind of like I said from the start. Those guys were given an opportunity to go play and just go play. You can have your cake, but you don’t need to eat it, too. And they got their fair share of a large, large amount of cake, and go eat it on your own means. You don’t need to bring it onto our tour.”