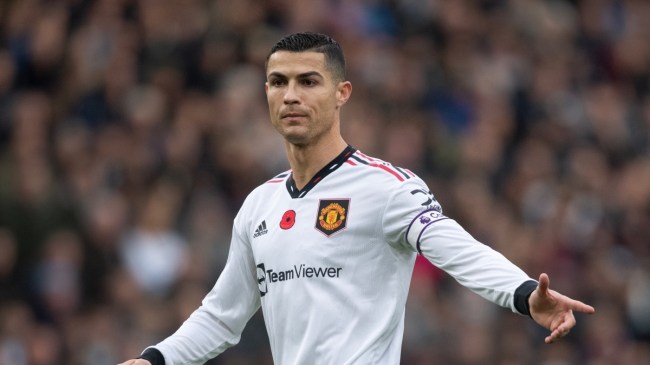 Cristiano Ronaldo is one of the best soccer players of all time. Some will argue he is the greatest. Though, usually, the debate is between him and Lionel Messi for the best player of this generation. The Portuguese forward starred at Manchester United as a youngster, before a blockbuster transfer sent him to Real Madrid in 2009. There, he made his lasting mark on the game. He scored a whopping 450 goals in 438 games for the club and won the Champions League four times there. A transfer to Italian club Juventus came in 2018 as he enjoyed three good seasons with the club nicknamed “Old Lady”. And, after the 2021 season, he found his way back to Manchester United in another blockbuster transfer. And, things went well last year for Ronaldo, even if they didn’t go well for the Red Devils. He scored 24 goals last year for the club, an impressive tally.

But, things have been off to a rocky start this year as he has been left out of the team frequently. It seems like Manchester United is moving on from CR7 and that has frustrated the forward. He was rumored to hand in a transfer demand over the Summer, but it wasn’t fulfilled by club leadership. Now, he is exposing some negative things about the club.

Cristiano Ronaldo aired out some dirty laundry about the club

Fabrizio Romano is the soccer world’s version of Adam Schefter. And, he tweeted this out today.

Cristiano Ronaldo on Man Utd: "Nothing changed since I left. The pool, the jacuzzi, even the gym, even some technology. Even the chefs who I appreciate, lovely people". 🔴 #MUFC

"I thought I would see new technology, infrastructure. I saw things I saw when I was 20!". pic.twitter.com/2Xo0g7S3la

The quote appears to come from an interview with Piers Morgan.

This is quite the indictment on Manchester United. The club, owned by Malcolm Glazer, the owner of the Tampa Bay Buccaneers, has been chastised by fans for years for being behind the times and not investing properly in the club. Crosstown rival Manchester City has lapped them in all facets, and United is no longer a true power player in European club football from a competitive standpoint.

The January transfer window will be fascinating.