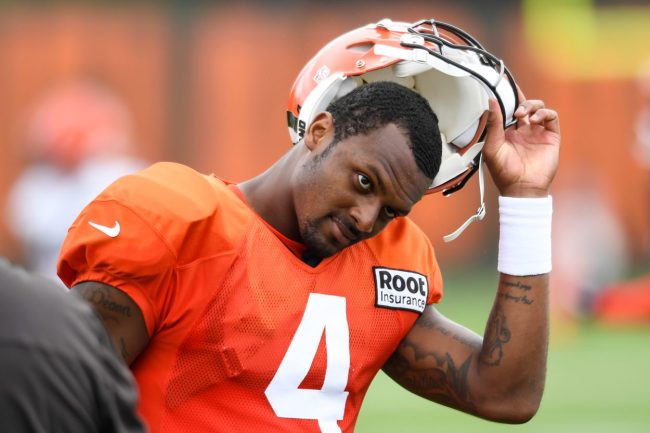 The entirety of the football world was surprised when Sue L. Robinson handed down just a six-game suspension to Cleveland Browns quarterback Deshaun Watson.

Watson faced over 20 allegations of sexual assault and harassment. Although Watson settled his civil trial with a number of women, the expectation among many around the NFL was that the league would come down hard on former Houston Texans QB.

When Robinson didn’t, it left many questioning her decision.

The NFL and commissioner Roger Goodell, however, have exercised their right to appeal that decision. Now it appears that Goodell is seeking a punishment far more significant than the one Robinson handed down. The commissioner spoke to media Tuesday following a league meeting to approve the new owners of the Denver Broncos.

Robinson said in her 16-page written report that Watson’s “predatory conduct cast ‘a negative light on the League and its players.”

The report also noted that the league was seeking to suspend Watson for the entirety of the 2022 season as well as the postseason.

Te NFL appointed Peter C. Harvey, a former New Jersey attorney general, to hear the appeal of Watson’s suspension for violations of the NFL’s personal conduct policy last week. Goodell told media members on Tuesday that he did not know when Harvey would make a ruling.

As it stands, Watson would return to the field on Oct. 23 when Cleveland travels to take on AFC North divisional rival Baltimore.