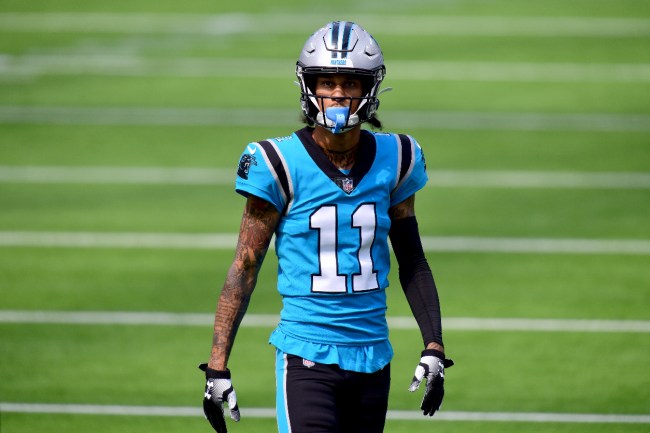 It finally happened. After months and months of rumors, discussion, and drama, the Cleveland Browns have traded away quarterback Baker Mayfield. The Carolina Panthers sent a future fifth-round pick and paid some of his salary to bring in their new presumed starting QB.

It took quite some time, but the Panthers and Browns finally got a deal done, and the endless Mayfield discussions can be put to bed once and for all.

However, Panthers WR Robbie Anderson was not on board with a Mayfield trade earlier in the offseason.

Robbie Anderson chiming in on this Insta post, re: Baker Mayfield as a possible next move for Carolina.

That was back in April, and two months later, Mayfield is headed to Carolina.

Anderson’s previous comments quickly went viral after the trade was announced. On the other hand, Anderson himself took to Twitter to rip the ‘narrative’ that had been displayed.

I don’t have an issue with Baker stop tryna paint that narrative. pic.twitter.com/52GhVHget4

Anderson admits he was trying to back his QB at the time, Sam Darnold. After all, Darnold was expected to be the team’s starter if no deal was made.

So, for now, it seems Anderson is fine with the trade. At least publicly.