Gronk Gives A Definitive Answer To Everybody’s Big Question: Could Tom Brady Bring Him Out Of Retirement? 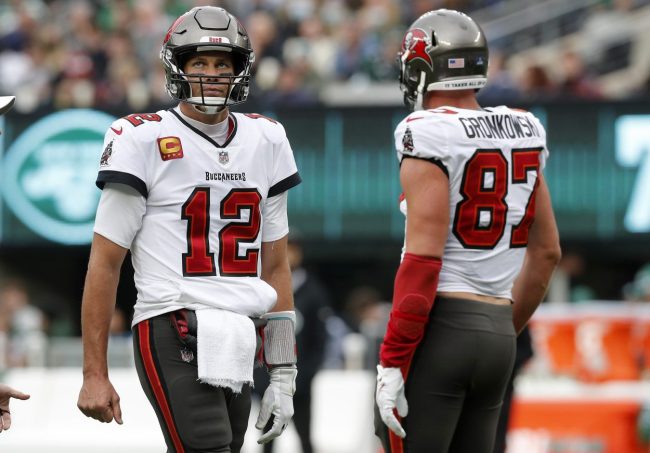 Could Tom Brady get the gang back together for yet another run with the Tampa Bay Buccaneers? Not if Rob Gronkowski has anything to say about it.

For those who haven’t been paying attention, the Bucs have had an absolutely crazy offseason. It began when Tom Brady announced his retirement from the NFL on Feb. 1. An insane six-week news cycle followed that before Brady decided, never mind, he wanted to return to the NFL and the Tampa Bay Buccaneers. Tampa Bay head coach Bruce Arians then retired about two weeks after that. Rumors swirled that Brady was the reason for the retirement, but the Bucs shut those down.

Things were quiet for a while after that, before new came out that tight end Rob Gronkowski also decided to step away from the game. Gronkowski Gronk retired prior to the 2019 season, but then came back just a year later with Brady and the Patriots. So some fans and even some teammates were skeptical that the future Pro Football Hall of Famer was done for good.

Gronkowski put the kibosh on all of those rumors on Tuesday.

Rob Gronkowski on his transition from football to business, and declaring he will remain retired even if Tom Brady calls … this morning at @iceshakerbottle event in Boston. pic.twitter.com/8pHAOufklX

ESPN reporter Mike Reiss asked Gronkowski about recent comments by agent Drew Rosenhaus about Brady coaxing him to come back and play this season.

“Drew is (the) No.1 football agent out there. He loves anything to do with the NFL and loves to see his players always be playing. But no. I would answer, obviously. I would obviously and the greatest quarterback of all time and ask him how he’s doing and tell him I’m doing good. But I wouldn’t go back to football, no.”

There you have it, folks. Rob Gronkowski is officially done with football. Surely those comments will put an end to all the rumors, right?