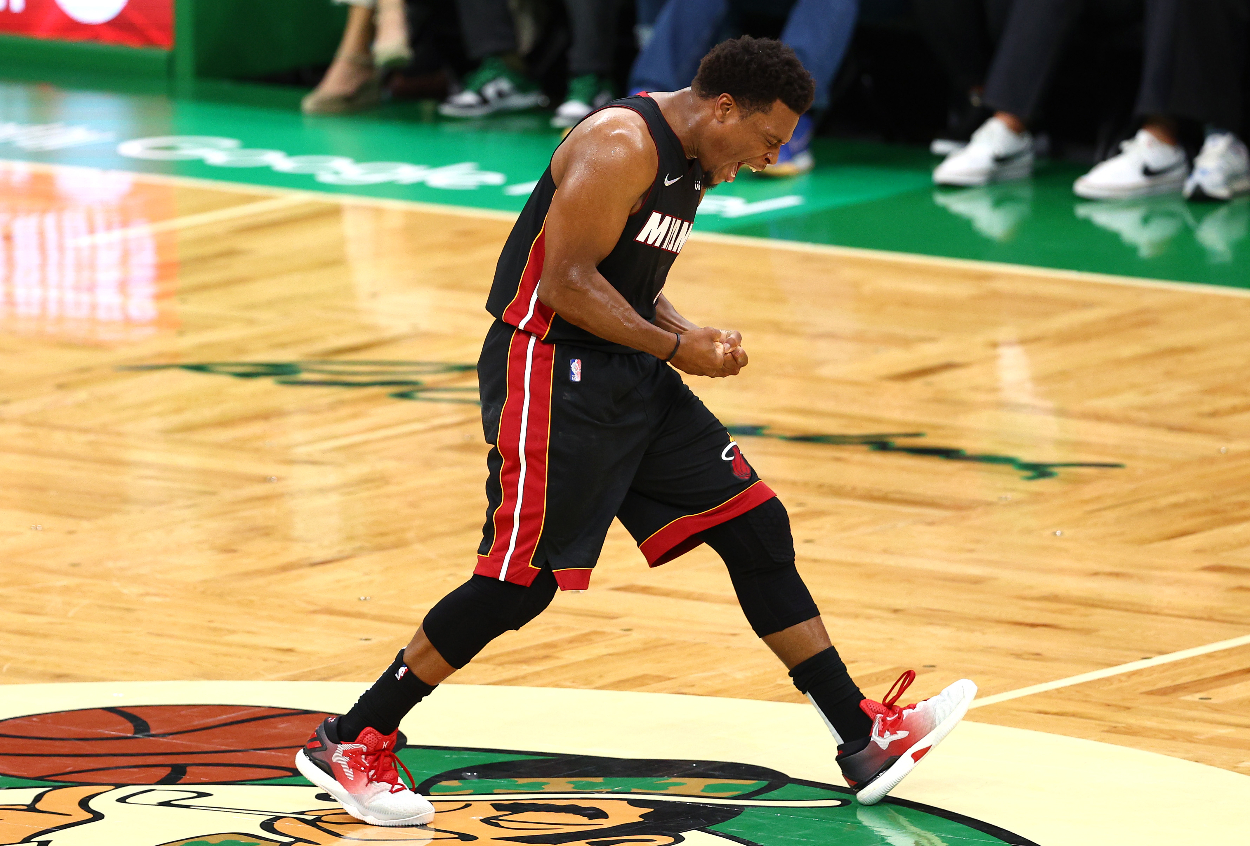 Put simply, Kyle Lowry’s ass is the stuff of social media legend. The 17-year NBA veteran is a six-time All-Star and an one-time NBA champion. But often, the conversation around Lowry tends to focus on the amount of junk in his trunk.

Lowry doesn’t run from the description, either. In an interview on fellow NBA vet Danny Green’s podcast ‘Inside the Green Room’ in 2019, Lowry said that he’s “been dealing with this for a long time and its been beautiful for my career. I’m a strong human being.”

While Lowry may well have been referring to his mental strength, his sizable posterior has also helped him become an elite defender and one of the top rebounders from his position in the league. But while Twitter may enjoy Lowry’s physique, his current general manager doesn’t seem to feel the same way.

Miami Heat general manager Pat Riley has won just about anything and everything there is in the NBA. Riley is also a 20-year veteran of the NBA as a player who prides himself on staying in shape.

Pat Riley, 77, says he's not going anywhere: "I'm 77 years old and right now I can do more push-ups than you can right now."

So it comes as no surprise that he may have been a little less than pleased at the shape Lowry showed up in after being traded from the Toronto Raptors in the 2021 offseason.

“The bottom line with me and for me as far as hoping you can get the most out of a player…is that you have to be in world class shape, you just have to be.”

“He’s definitely gonna have to address that and it will be addressed.”

Lowry played in just 63 games in the regular season despite the Heat over-performing by most standards and grabbing the top seed in the Eastern Conference entering the playoffs. Miami then went on to reach the conference finals, but Lowry played in just 10 of his team’s 19 playoff games. He also missed a significant chunk of the Eastern Conference Finals. Miami lost that series to the Boston Celtics, 4-3.

The 2021-22 season was the first of a three-year, $85 million deal between Lowry and the Heat. If Miami is to take the next step and get back to the NBA Finals, the Heat will likely need a healthy, better-conditioned Lowry. Though that may mean significantly less jokes for basketball twitter.

He’s currently THICC with two Cs, but that might change.