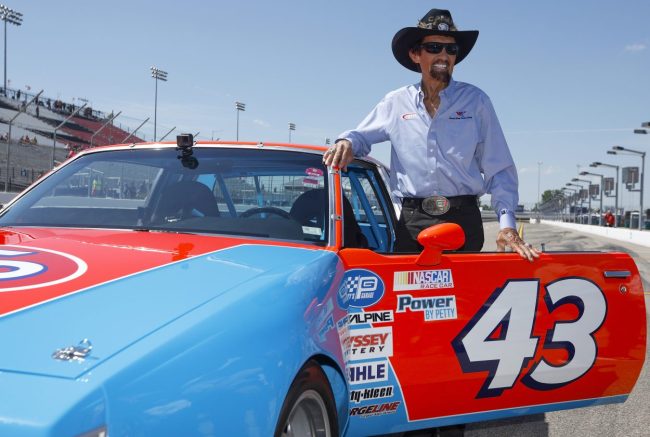 NASCAR Legend Richard Petty is a lot of things. Petty is a seven-time Cup Series champion, a record he shares with Dale Earnhardt and Jimmie Johnson. He’s a seven-time Daytona 500 winner, also a record. Petty is the record holder for most Cup Series wins (200) and poles (123) and won a record 10-consecutive races races in 1967. In that season he also won an unreal 27 total records. You guessed it. That is also a record.

One thing that Petty, who is now a part-owner of Cup Series team Petty GMS, is not, is a culinary expert.

Why is that relevant?

Well, Petty (or someone from his social media team) took to Twitter on Wednesday to share with everyone his favorite sandwich.

Now, most sandwiches are great. In fact, the sandwich may be the peak vessel for delivering delicious food into our mouths. Big time sandwich guy here. But this wasn’t just any sandwich. No, this sandwich was an affront to all other sandwiches. An act of violence. An assault on all that is good in the world.

This is Richard Petty’s favorite sandwich.

The King shared his favorite sandwich with us, mayonnaise and black pepper!

Has anyone else tried this interesting combination?

Yes, that is two pieces of what looks to be white or Italian bread lathered in mayo and an absolutely unholy amount of mayo. Even as someone who likes mayo on a sandwich I can’t look at that and call it anything other than what it is: an unholy disaster.’

We can only assume that at the ripe old age of 85 that the king has no taste buds left to know just how bad the sandwich is. But even then, the texture seems preposterous.

A quick internet search for “pepper and mayo sandwich” turns up no results. So it’s not like it’s some odd regional delicacy.

Thankfully, Twitter stepped in and let Petty know just how awful the supposed sandwich is.

The secret to a long life: be completely insane https://t.co/VniIUids8T

GDI. I know his breath smells like batteries https://t.co/98Vv5kBW7X

real tragedy to see a legend demoted but I'm afraid we're going to have to downgrade him to Duke or perhaps even Viscount https://t.co/CEC81rabGt

Please, Richard, if you’re being held hostage give us some kind of sign.