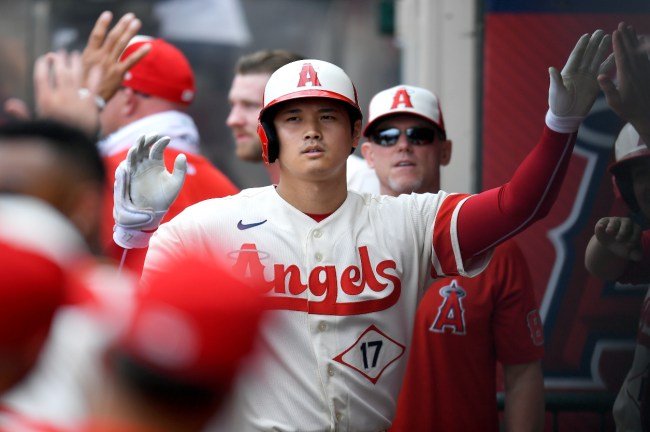 The MLB Trade Deadline came and went with a flurry of blockbuster moves. The San Diego Padres landing Juan Soto was the biggest deal in recent memory, and the new-look Padres team sure has everybody jumping for joy.

However, Los Angeles Angels star Shohei Ohtani was floated around as a trade candidate. That package likely would have netted a ton of assets.

The New York Yankees reportedly made a tempting offer to land Ohtani. The Padres and Dodgers were inquiring about him as well.

Ken Rosenthal of The Athletic revealed the reported asking price for Ohtani.

Officials from two clubs interested in trading for Shohei Ohtani were left with the impression that to start the discussion they needed to offer six high-end players, and in the end probably more. A few teams threw out names, even though the Angels made it clear that owner Arte Moreno was resistant to moving Ohtani, making a deal all but impossible.

Yes, SIX high-end players in an Ohtani deal, and that might not have even been enough.

That sounds about right if we’re being honest. Ohtani is a generational talent and worth a massive haul. Ohtani has a 9-7 record with a 2.83 ERA on the mound this season. With the bat, he has a .258 average with 24 home runs and 64 RBIs.

There is nobody even remotely close to the level of Shohei Ohtani, who has broken a ton of records so far in his career. If you want him, you better be prepared to pay up.