REPORT: Kevin Durant Trade Talks Have Suddenly ‘Slowed To A Trickle’ And Who Knows When It Will Happen 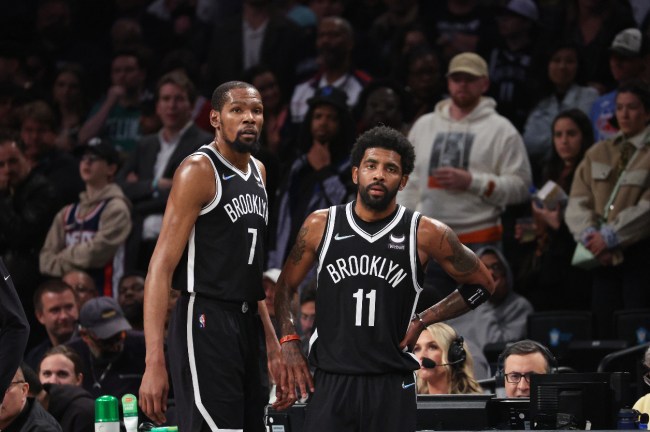 Brooklyn Nets star Kevin Durant sent shockwaves throughout the NBA when he requested a trade a few weeks ago. Until now, there still hasn’t been any traction on a deal. His teammate, Kyrie Irving, also has been rumored in trade conversation.

For now, both players are with the Nets, and nobody has any idea if they will be traded. Brian Windhorst of ESPN gave the latest update on the Durant front, and it doesn’t look good for Brooklyn.

“From what I understand, the trade talks involving Kevin Durant have slowed to a trickle.”

It could be awhile before we see any movement on the side of the Nets regarding Kevin Durant.

“Slowed to a trickle.”

That isn’t encouraging for Brooklyn or any suitors hoping to land Durant. The Phoenix Suns were reported as serious contenders, but they recently re-signed Deandre Ayton to a massive offer after the Indiana Pacers signed him to a tremendous offer sheet.

So, that takes the Suns out of the running. With Donovan Mitchell being floated around the trade circles as well, the Miami Heat — another Durant suitor — have a decision to make on which star to make a run for. Then again, Pat Riley could choose to keep the team the same and try to make another deep playoffs run.

As of July 20, no deal is imminent for Kevin Durant, and Kyrie Irving’s conversations have also died down. Could the Nets begin the 2022-2023 season with both Durant and Irving? If so, that sounds like a massive disaster waiting to happen, especially with neither player wanting to be there.