Stephen A. Smith And Mike Greenberg Had JJ Redick Fed Up Over Their Latest NBA Hot Take 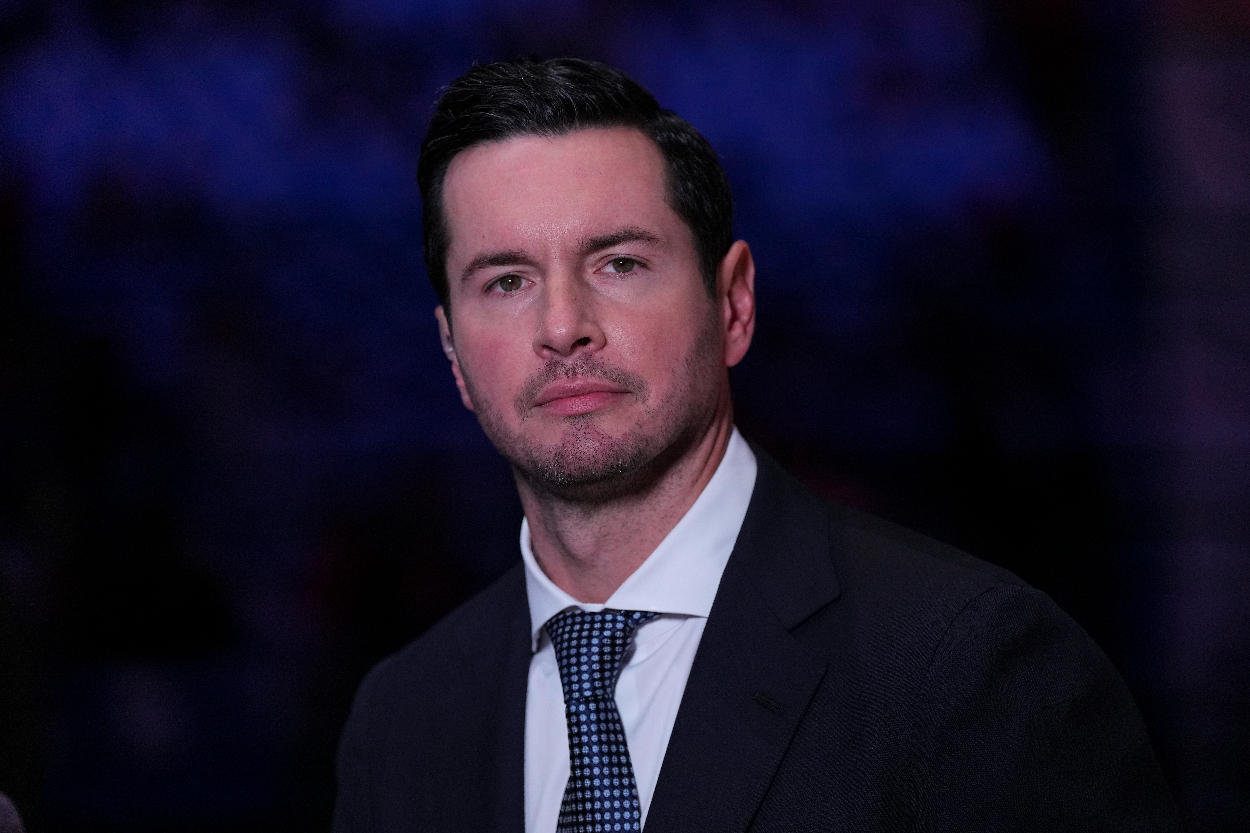 JJ Redick is a rising star in the world of basketball media.

The 15-year NBA veteran signed a deal to join ESPN as an analyst in 2021 and since become one of the network’s most popular faces. Redick has risen to prominence as a co-host of the network’s popular morning shown “Get Up” across from polarizing start Stephen A. Smith.

Redick’s ability to serve as a foil to Smith and provide facts and logic against Smith’s often-emotional takes has made him a star on social media.

On Wednesday, though, Redick seemed to reach his limit after Smith and ESPN mainstay Mike Greenberg argued that the NBA was less physical now than it was in the 1980s and 90s.

.@stephenasmith and @jj_redick got heated comparing the physicality of today's NBA to the 80s and 90s 👀

"This nostalgic standard that you've set for players to the 80s and 90s, and then comparing us to it all the time like we are a substandard to that, it gets annoying." pic.twitter.com/S8OCh2Cs8F

“A lot of your arguments. Like complaining to the officials. That’s the same thing that players did back then. And if you want to watch finals games that 75-72, by all means have your nostalgic era, please.”

Smith’s ability to push the buttons of his co-hosts is the stuff of legend, but Redick has shined as someone who has been able to give it right back to him in the past.

NBA fans were split on the argument, with many of them supporting Redick’s claim.

I think JJ knows more than you Stephen a

No slander will be toward Duke Basketball anymore

Your GOAT is preachin and cookin Stephen A on a daily basis @BronGotti15 🤝🏾🤝🏾🤝🏾🤝🏾 https://t.co/ljA8ELoPJF

@jj_redick you a goat for constantly smoking the BS takes by Steven A smith 😂 https://t.co/Q2OIYeJQ7z

JJ is the best thing to happen to ESPN in a long time https://t.co/Nj3mgW2EG4

Stephen A so ready for basketball season to be over with so JJ can stop cooking him lol https://t.co/OC1AD4NNPl

But a number of fans also sided with Smith and Greenberg, claiming that the game has become less physical over over the past two decades.

Find you someone who gets upset at anything, as @JJ_Redick does whenever anyone says anything negative about the current NBA or tries to credit previous eras.

Wait, so JJ Redick is upset at people taking shots at his era, but it's okay for him to completely degrade the players of the 50's and 60's by referring them to "firemen and plumbers"???

Not as much fun when people are taking shots at your era, I guess. https://t.co/OW2rwIKTpq

On this one. Jj is wrong. Usually he makes good points. But you can’t tell me this era of basketball doesn’t have MORE players complaining, looking for fouls and crying to the refs instead of getting back on D

I told y'all Redick, Beverly and newby CJ have an agenda, they have an axe to grind about past Stephen A takes and although it's a Debate show where you expect to see disagreements it's the Slick disrespectful way these 3 guys disagree but @stephenasmith ain't ducking nobody!

JJ knew he lost the argument.

Whichever side of the aisle you fall on, it’s clear that Redick has been a home-run hire for ESPN when it comes to stirring up debate.