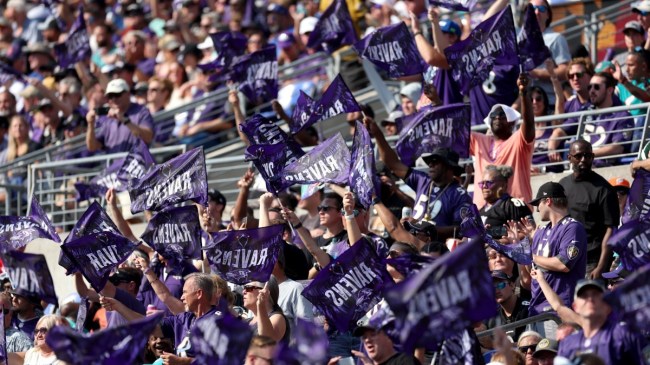 It’s been an inauspicious start for the Baltimore Ravens’ defense. The unit, which has been traditionally been a strength of the franchise, just gave up 28 points to blow a huge lead over the weekend to the Miami Dolphins

Naturally, they are looking for reinforcements for a defense that mustered just one sack and two quarterback hits against Tua Tagovailoa. And, they may have just signed the best defensive free agent on the market.

Former Giant and Buccaneer Jason Pierre-Paul is joining the Ravens.

On Thursday, the Ravens added edge rusher Jason Pierre-Paul in a bid to upgrade their pass rush and in turn their pass defense.

The #Ravens and Jason Pierre-Paul, who have been talking for months, agreed to terms on a 1-year deal worth up to $5.5M, source said. A rare non-minimum deal during the season.

That’s quite the salary for a free agent signed in the middle of the season, but it reflects the type of potential impact JPP can bring. Pierre-Paul was a pro-bowler for the Super Bowl Champions Tampa Bay Buccaneers. He struggled to only 2.5 sacks in 12 games a year ago. But, at 33, the Ravens are hoping they can squeeze something out of the veteran to help the defense.

This is the third standout veteran pass rusher on the Ravens’ roster. Granted, the other two did not help them much last week.

290 career sacks between three players for the Ravens

Jason Pierre-Paul is coming off surgery on his shoulder, which limited his options during the offseason. But, he appears to be good to go now.

290 career sacks between three players for the Ravens

The Ravens were looking for more depth at the edge after Steven Means tore his achilles.