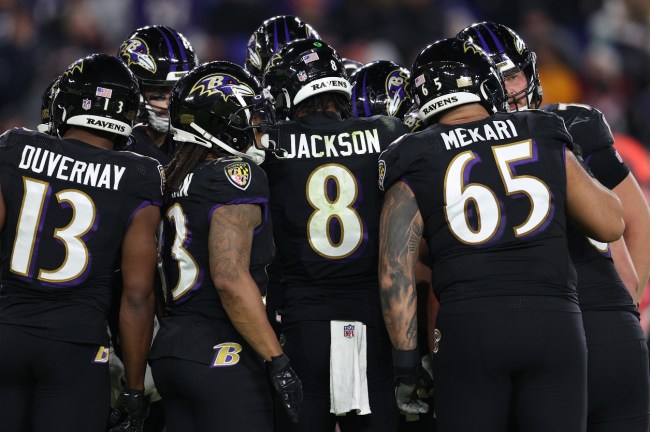 The question remained for months on whether or not superstar quarterback Lamar Jackson would show up to training camp.

Just minutes after the Arizona Cardinals locked up Kyler Murray on a massive extension, Lamar came strolling into the Baltimore Ravens facility.

There you have it. Jackson got everybody on their toes when he skipped OTAs, and nobody knew whether or not he would show up to camp.

He wants a new deal, he deserves a new contract, and the Ravens have yet to give him one. However, this offseason, we have seen Deshaun Watson and Kyler Murray receive massive extensions. We also saw Green Bay Packers star Aaron Rodgers ink a nice, new contract.

So, Jackson is next, and seeing Murray’s deal — which has him as the second-highest paid QB in the NFL — should mean good news for Jackson’s future.

Do the Ravens do it? Who knows. Nonetheless, it is encouraging to see Lamar Jackson at the Ravens facility.

Ravens Fans Are Thrilled To See Lamar Jackson At Camp

This development brought some massive smiles to the faces of Ravens fans. QB1 is back in the building, and for now, they can relax.

LAMAR IS IN THE BUILDING! can’t wait for training camp! Already got my pass!#RavensFlock https://t.co/GKIg3YHGyC

Do the Ravens pay Lamar now or wait it out until the end of the season? Only time will tell. But, it is good news that he arrived at the Ravens facility.