Ravens Fans Are Beside Themselves After Historic Collapse Against The Dolphins 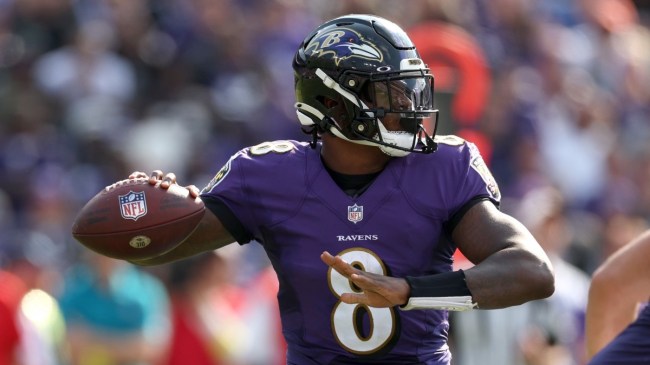 It was all going well for the Baltimore Ravens in Week 2. The Ravens had played three quarters of dominant football against the Miami Dolphins and led 35-14 heading to the 4th quarter. Lamar Jackson was playing some of his best football of his career, they had a special teams touchdown on a Devin Duvernay kickoff return, and the defense had kept a potent offense in check.

But, things started to unravel. Miami scored 28 fourth-quarter points to win 42-38 behind six Tua Tagovailoa touchdown passes. It marked one of the biggest collapses in franchise history. The pass defense completely collapsed for Baltimore and they gave up 233 fourth-quarter yards.

Naturally, fans did not take the collapse well.

I’m not sure what this fan was going for, since it was a home game at their downtown Baltimore stadium. But, I think his dissatistfaction still shows.

As someone who is on the “Tua is good” train, I have to disagree with the sentiment here. But, a lot of people do feel Tua is no good. I’d say today disproves that.

This Baltimore fans thinks the team should have open tryouts for defensive backs. Maryland does put out quite a bit of football talent, maybe there is someone that could help.

Given the Baltimore’s personnel, especially Lamar Jackson, it’s shocking they were this bad in short yardage and this is a big reason why they lost.

Not including the final Hail Mary, the Ravens ran 10 plays where they needed one yard for a first down or touchdown. They converted three of them.

Marcus Peters needs to be in Alcatraz

The Ravens pass defense is going to have to improve if they want to get back to the playoffs.