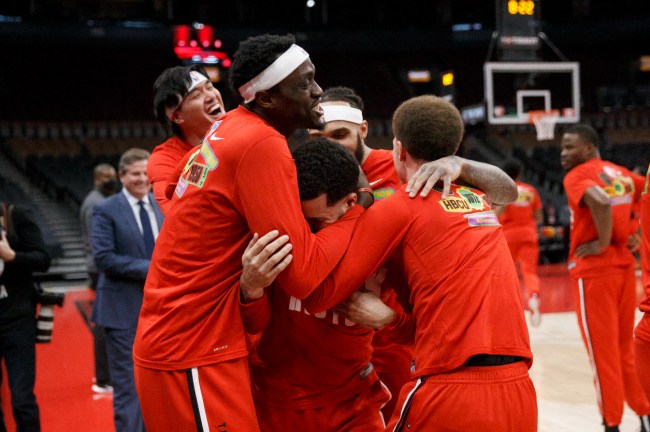 The NBA offseason has slowed down drastically. Kevin Durant and Kyrie Irving have the NBA trade market on pause, and Las Vegas Summer League ended on Sunday.

But, players are still getting their work in. Los Angeles Lakers star LeBron James stole the show by playing in The Drew League on Saturday and dropping 42 points with 16 rebounds.

Jamal Crawford, who holds this event every year in Seattle, also predicted a strong performance from Flynn. But surely he wasn’t expecting 73 points being dropped in one game.

Tomorrow! Washington’s own, Toronto raptors guard Malachi Flynn will be @thecrawsover pro am ready to put on a show!!!!

Flynn has a ton to prove and is trying to carve out a more significant role with the Raptors, so this outing is a step in the right direction. In his second year in the NBA, Flynn averaged just 4.3 points in 44 games and played just over 12 minutes per game.

Flynn also chipped in 12 rebounds in the Pro-Am game, and the Washington native — who played college ball at Washington State before going to SDSU — did it in front of a home crowd.

Nick Nurse was asking for more from Flynn, and now he dropped 73. Who cares if it’s a Pro-Am performance. Hats off to Malachi Flynn, and let’s see if this kicks off a better third year in the NBA.