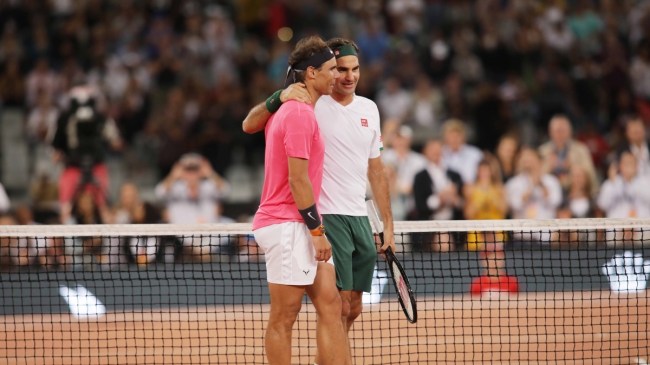 Roger Federer is without a doubt the most iconic men’s tennis player on the planet. The 20-time Grand Slam champion was the biggest draw in the golden era of men’s tennis alongside Novak Djokovic and Rafael Nadal. But, the 41-year-old has decided to retire, despite saying he planned to return from injury to play once again just weeks ago.

It comes as a shock to the tennis world. We all got to say goodbye to Serena Williams at the US Open recently. Presumably, many tennis fans assumed they would get the chance to say goodbye to Federer at a competitive tournament. It appears that won’t be the case. Federer says in his statement that he will play the Laver Cup, a Ryder Cup-type event, from September 23-25 in London.

Like any great athlete, their story cannot be told without including their greatest rival. For Federer, that is and always will be Rafael Nadal. The two, who are widely considered the two best tennis players of all time, played some of the greatest matches of tennis history. The 2007 and 2008 Wimbledon finals, both five-setters, are known as some of the greatest matches ever. The Australian Open final in 2017 is another classic that binds these two players. Overall, Nadal leads the series 24-16

Rafael Nadal put out a classy statement on his foe’s retirement.

We will have many more moments to share together in the future, there are still lots of things to do together, we know that.
For now, I truly wish you all the happiness with your wife, Mirka, your kids, your family and enjoy what’s ahead of you. I’ll see you in London @LaverCup

You cannot separate the two players. Oftentimes, they would even wear the same Nike outfit for their grand slam finals.

Yes, Novak Djokovic has more slams than Federer’s 20, at 21. He could even catch and pass Nadal at 22, though Nadal seems to have more in him. But, in the greatest era of men’s tennis ever, it will always be Federer and Nadal.