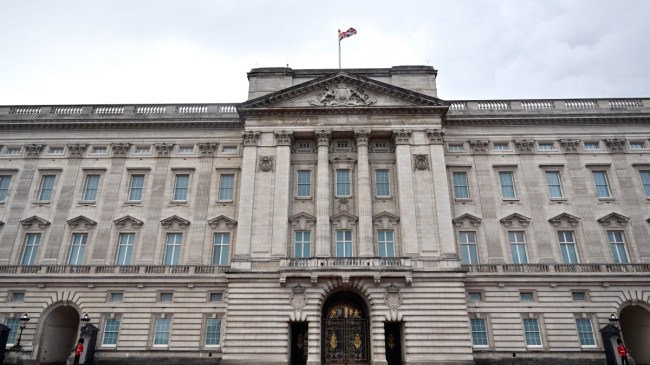 After a 70-year reign as the Queen of England, Queen Elizabeth II died at the age of 96 at her Scottish estate, Balmoral.

Queen Elizabeth II, the UK’s monarch for the past 70 years, has died aged 96 https://t.co/nuFdc3PV49

The Queen, who frequented horse and pigeon races and was a West Ham United Fan, is receiving condolences from the sports world.

The BMW PGA Championship, being held at Wentworth in England, has suspended play for the remainder of Thursday.

Following the death of Her Majesty Queen Elizabeth II, play in the BMW PGA Championship has been suspended for the remainder of Thursday.

All facilities in the Championship Village will close with immediate effect.

Further updates and guidance will be provided shortly.

The English Premier League, the richest soccer league in the world, sent out condolences from the league office.

The Premier League is deeply saddened to hear of the passing of Her Majesty The Queen, Elizabeth II. Our thoughts and condolences are with The Royal Family and everyone around the world mourning the loss of Her Majesty. pic.twitter.com/UlaLXEOdke

Defending league champions Manchester City have sent out their condolences as well.

Manchester City wishes to express its sincere condolences to The Royal Family following the passing of Her Majesty Queen Elizabeth II.

Her Majesty’s dedication and service has been exemplary and we join our country and the Commonwealth in mourning her loss. pic.twitter.com/mDTn2Nj1UB

Manchester United, arguably the most popular club in England on a worldwide scale, has a match scheduled tonight in the UEFA Europa League at Old Trafford, their home stadium. They released a statement.

The club has issued a statement regarding this evening’s game at Old Trafford, following the death of Her Royal Highness The Queen Elizabeth II.

Manchester United shares the sorrow of the entire nation following the announcement from Buckingham Palace on the passing of Her Majesty, The Queen.

The club recognises her immense contribution to public life, including sport, both here in the United Kingdom, across the Commonwealth, and around the world.

Everyone connected with Manchester United joins the wider football family in sending our deepest condolences and heartfelt sympathy to The Royal Family.

They addressed the status of this evening’s match.

Following direction from the FA and UEFA, tonight’s UEFA Europa League fixture against Real Sociedad will take place as planned at Old Trafford.

It remains to be seen if this weekend’s Premier League Games will go on as planned.