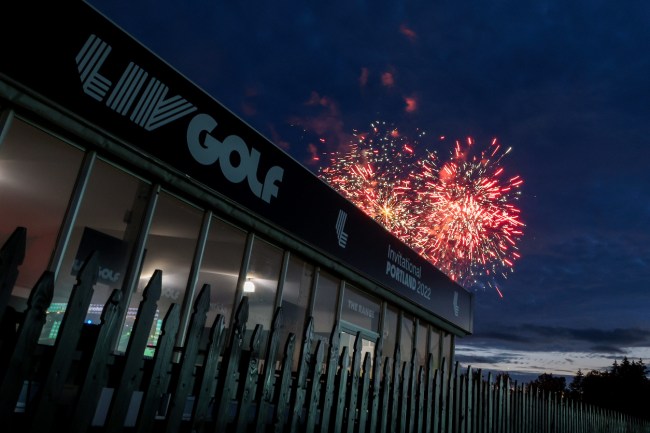 The new LIV Golf Tour has taken everybody by storm. The benefits sure are excellent, although PGA players, such as Billy Horschel, are tired of hearing about it.

The LIV Golf Tour kicked off with the first United State event in Portland, and it was a smashing success for everybody involved.

PGA fans and players might not be thrilled about how things are going, but it is what it is.

A video recently surfaced of the LIV Golf private jet, and the entire thing is magnificent.

The LIV Golf Private Jet Is One Of A Kind

The inside look at the LIV Golf private jet shows all the bells and whistles, which is only a tiny glimpse of the inside.

This looks like a party jet, not a jet used for golfers on tour.

The amount of luxuries on this jet is hard to believe, and Darren Rovell of Action Network gave us a detailed description.

There is no shortage of bells and whistles aboard as there are also game tables and a bar in the front of the plane. All seats are leather and fully recline. The Italian-made pillows cost $500 apiece and pair with cashmere blankets. Each seat has a 24-inch Panasonic HDTV. The plane’s floor has a four-inch thick carpet on a custom made single piece.

That is a lot of decked-out things. But, a $500 Italian pillow has to be one of the most absurd things we have seen. Nonetheless, the LIV golfers are having a terrific time, and we can only imagine how good everything else is for them.