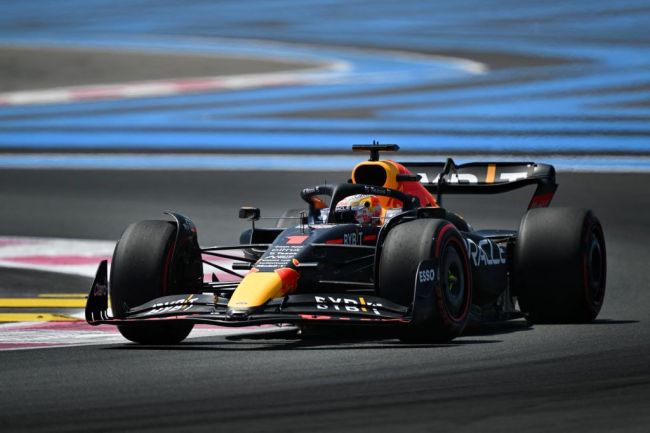 Formula One fans received big news earlier this year when Volkswagen announced its premium brands Porsche and Audi would be joining the grid in 2026.

Initial reports speculated that Porsche would enter the sport via a partnership with Red Bull Racing and it appears the move is already in the works.

While the German automaker has yet to release an official announcement, F1 fans were treated to a sneak peek. The new revelation comes after Porsche submitted applications to anti-cartel authorities in the European Union and 20+ other countries.

In preparation for the 2026 F1 season, anti-trust authorities across the globe have already begun the approval process for Porsche and Red Bull’s new partnership. One such country was Morocco, whose government legislation requires newspaper publication of applications upon approval.

The published document reveals that Porsche notified the Conseil about its intended partnership on July 8th. Further details included a 50% buy-in of Red Bull’s F1 operations with a formal announcement likely coming on August 4th.

Fans were originally expecting an announcement on the partnership at the Austrian Grand Prix several weeks ago. However, the FIA World Motor Sport Council failed to approve the new engine regulations for 2026. These rule changes are the main reason for Porsche’s F1 entry in the first place. So the current hold-up has forced them to delay any official announcement.

The recent news has garnered a mixed reception from the F1 community. Some fans were thrilled for Porsche’s return to F1, viewing the buy-in of Red Bull as quite a serious commitment. Others didn’t share the same enthusiasm, believing Porsche could have done more than just the 50% stake.

Just read Autosport's story about Porsche's entry to F1. A 50 percent buy in to Red Bull Racing. Damn, that sounds like a serious commitment indeed. Just wish F1 would welcome an independent entry like Andretti too. They appear just as committed. #F1 #Porsche #redbullracing

The published Moroccan document only details a partnership with Red Bull. However, it’s widely expected that Porsche will provide power units to AlphaTauri as well.

As for Volkswagen’s second entry into F1, Audi has not made as much progress. Rumors currently suggest the brand is still negotiating to acquire 75% of the Alfa Romeo F1 Team. Fans will have to keep an eye out over the coming months for more details on both Porsche and Audi’s F1 plans.