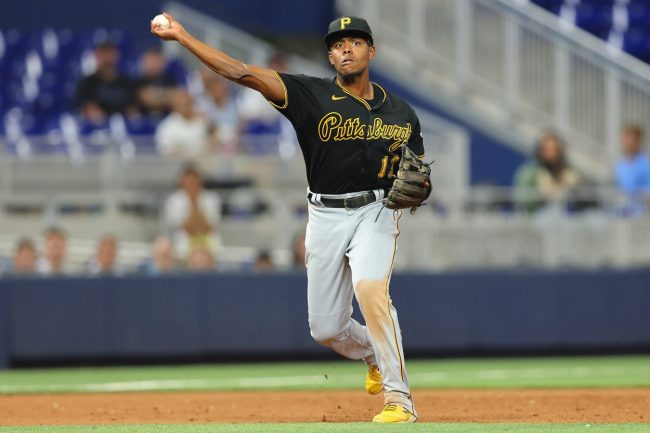 Regional announcers are perhaps the best part of Major League Baseball. Whether it’s Dodgers fans reminiscing over the late Vin Scully talking about the first time he saw Clayton Kershaw’s curveball, or Phillies fans thinking about Harry Kalas’ call of Chase Utley cutting down a run at home with a heads-up play, there’s nothing quite like a perfect homer call to go along with your team making an incredible play.

That’s exactly what Pittsburgh Pirates fans got on Thursday afternoon.

Fans of the Pittsburgh Pirates haven’t had too much to cheer about this season. Sure, rookie sensation ONeil Cruz is good for an incredible highlight about once a week. But other than that, the team just plain stinks.

The Pirates currently have one of the worst records in baseball at 42-62 and while the team has young talent, owner Bob Nutting isn’t opening up his checkbook anytime soon. In addition to the team struggling, so has young third baseman Ke’Bryan Hayes. Hayes was the No. 6 prospect in all of baseball just last year, but he’s struggled to find his way at the plate in the Major Leagues.

The third baseman hit .257 with just six home runs and 38 RBIs in 96 games last season. This year, things are even worse. Hayes is hitting a paltry .247 in 95 games this season with only five homers and 32 RBIs.

One thing that Hayes has going for him, however, is his glove. He leads all MLB third basemen with 15 defensive runs saved so far this season. That’s in large part because of plays like this.

Hayes made an incredible diving stop and throw to rob Tyrone Taylor and get the Buccos out of a bases-loaded jam with one out in the top of the ninth inning.

But Brown’s call, “zip zap kazoo the Buccos just turned two!” is what truly made it special. Pittsburgh went on to win the game 5-4 in 10 innings. But all anyone could talk about was Brown’s call.

at least our commentary is elite https://t.co/h1KKn0lGme

One of the best one liners I've ever heard hahaha https://t.co/C1IyYajiXY

Though not all fans seemed to love the call.

this is a gorgeous play but you have to watch it on mute because that is really how greg brown calls a double play https://t.co/UVxyHFpbHK

This is awful but we did go through a decade of announcers yelling absolute nonsense into the microphone to try and get on Sportscenter. https://t.co/C95S30SHsk