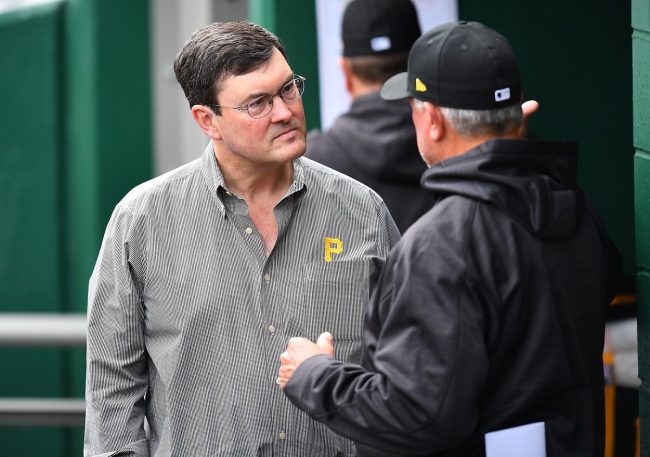 Major League Baseball franchises across the country are spending more than ever before to try to win the World Series year in and year out. The Los Angeles Dodgers have an astronomical pay roll. The San Diego Padres are going all in with superstars Fernando Tatis Jr., Manny Machado and now Juan Soto. New owner Steve Cohen has turned the New York Mets into one of best teams in baseball by spending a chunk of his $17.4 billion net worth.

And then there’s the Pittsburgh Pirates.

The Pirates currently have the league’s third-lowest payroll at $65,295,931. That’s less than a quarter of the league-leading Dodgers at $265,020,831. Unsurprisingly, Pittsburgh is also a perennial loser. At 41-62, the Buccos have the fifth-worst record in all of baseball. In fact, the Pirates have been over .500 just once in the last five years and own one of the worst records in baseball over that span.

Pittsburgh’s lack of spending isn’t down to inability, either. Sure, Pittsburgh isn’t a juggernaut like New York or LA. But it’s a larger TV market than San Diego or Tampa Bay, in which the Rays are almost always competitive. And Nutting’s net worth checks in at over $1.1 billion dollars. The larger reality is just that the Pirates’ owner is just plain cheap.

And fans are sick of it. One fans even went so far as to troll Nutting to his face on Wednesday, posing for a picture with the owner while wearing a shirt that says “sell the team.”

Credit to Nutting for smiling through it all, even after the astonished look when he realizes what’s happening. But Pirates fans on Twitter quickly praised this absolute legend.

This is the greatest goddamn troll job ever look how ignorant he is to the process! https://t.co/VcEZ1HsTPo

Pirates fans, we see you. We hear you. And we’re here to help.