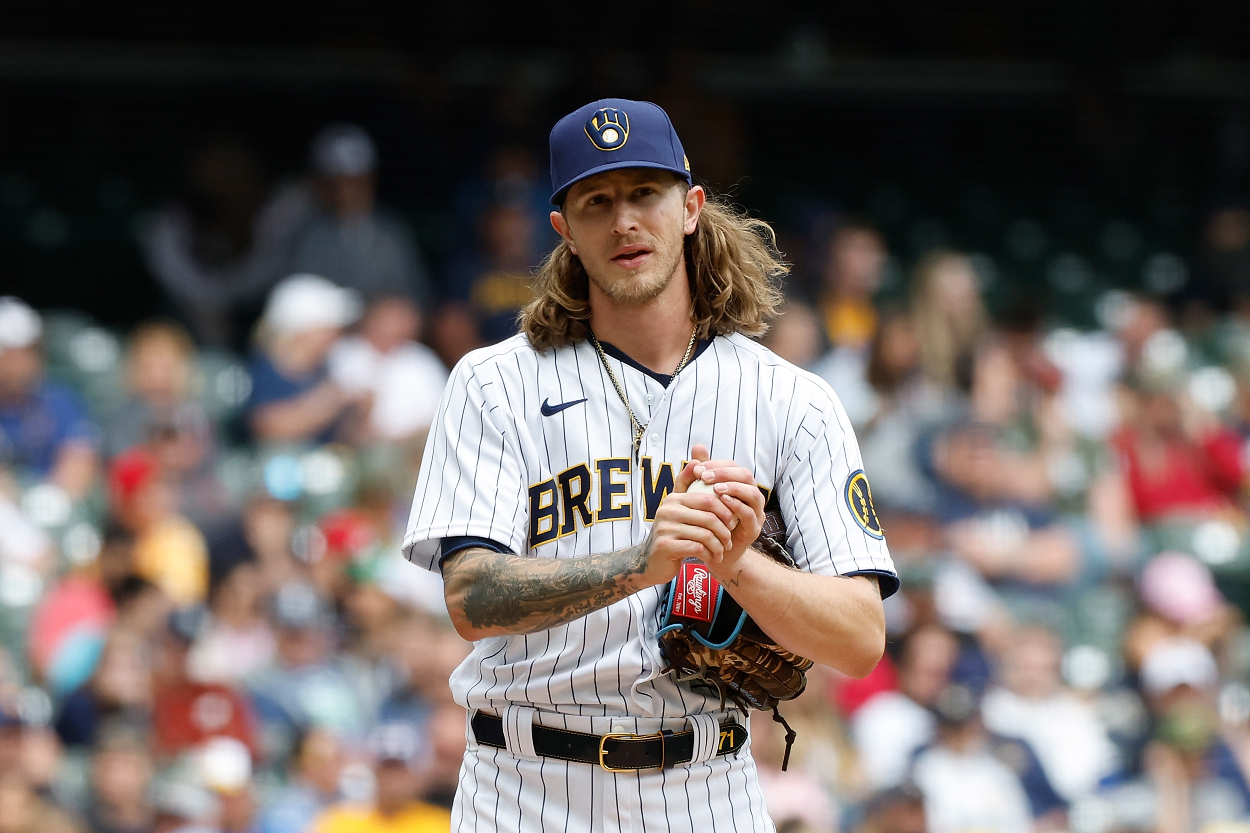 Milwaukee Brewers’ closer Josh Hader just might be the best closer in the entirety of Major League Baseball. Hader is a three-time all-star, a three-time National League Reliever of the Year, a two-time All-MLB first team selection and the 2020 National League saves leader. Safe to say Milwaukee feels comfortable when he enters the game.

Hader had taken that up to an even greater level thus far in 2022. The Brewers’ stud had a remarkable 0.00 ERA in 19 appearances thus far this season entering Tuesday. He had allowed just four hits in 17.2 innings pitched and had been successful all 18 save opportunities he faced.

That is, before Tuesday night.

The Philadelphia Phillies have had a rough time of it in 2022. The Phillies recently fired manager Joe Girardi and sit more than 10 games back of the NL East leading New York Mets. On top of that, reigning NL MVP Bryce Harper has been forced into the designated hitter role while dealing with a linger elbow issue.

But things have been better of late.

The Phillies won their first three games, all against the slumping Angels, under new manager Rob Thomson. That gave Philadelphia a total of four straight wins headed into Tuesday’s series opener in Milwaukee.

It appeared as if that streak would end when the Phillies entered the top of the ninth inning trailing 2-1 and with the unflappable Hader entering the game.

On the third pitch he saw from Hader, Philadelphia third baseman Alec Bohm drilled a high sinker deep over the center field wall for a 426-foot home run that tied the game. It was the first home run Hader allowed all season and it came against a player in Bohm who currently has an OPS of just .670.

Hader followed by getting Bryson Stott to fly out for the first out of the inning, but disaster then struck again for the Brewers’ lefty.

Newly recalled Philies outfielder Matt Vierling, who had just two extra-base hits in 54 plate appearances all season, took the fifth pitch he saw from Hader 416 feet over the left-center field wall to give his team a 3-2 lead.

When Alec Bohm took Hader deep just now, Tom McCarthy and Ruben Amaro had been talking nonstop about Hader's save streak from the second they came back from commercial.
Immense effort on that broadcaster's jinx, and a well-deserved payoff.

What the hell was Girardi doing to these guys

Brewers fans, on the other hand, were less than pleased with their All-Star closer.

Who even is Matt Vierling, dead serious

The bottom of the fucking order, MATT FUCKING VIERLING HOW

I hate the Brewers

The Phillies are still a long way out of the playoffs while the Brewers sit comfortably in a playoff spot and in the lead of the NL Central. For one night, however, Philadelphia fans had reasons to rejoice.