Phillies Fans Are Melting Down As Their Historic Collapse Continues 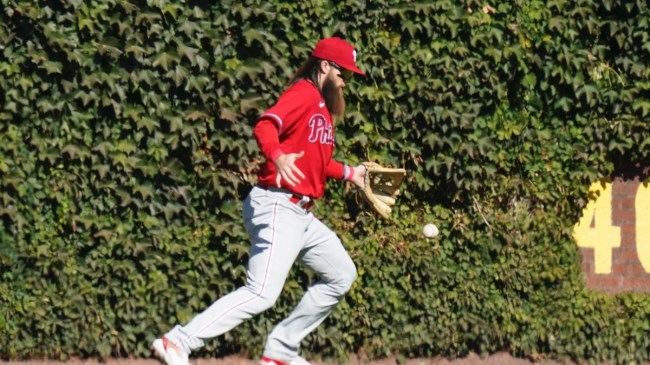 No franchise in professional American sports has lost more games than the Philadelphia Phillies. And, they have the second-longest playoff drought at 10 years, behind the Seattle Mariners’ 20-year drought.

But, things looked pretty good for the Fightins just a few weeks ago. They were comfortably in the wild-card spots in the National League. But, things have not gone well lately, and now they’re hanging on by a thread.

Things have not been going well in Philadelphia. After they won seven of eight games in mid-September to look like they were in complete control of their destiny, they’ve gone on a 3-10 skid. This has put them in a tie with the Milwaukee Brewers for the third and final Wild Card spot, with the brewers having the chance to take a 1/2 game lead Thursday night against the Miami Marlins.

This would be the worst collapse in Phillies history, outside of 1964. Bar none. https://t.co/VX4QYjPu5x

This was capped off by a terrible loss to the lowly Cubs on Thursday, 2-0.

Cubs 2, Phillies 0. The Phillies have lost 10 of 13 games. They are authoring an epic collapse, and someone has to find a way to stop the bleeding. The Phillies are 83-72 and tied with Milwaukee.

This is a team trying to win now, too. They were aggressive in the offseason with acquisitions like Nick Castellanos and Kyle Schwarber. Plus, they have big commitments to players like Bryce Harper, JT Realmuto and Zach Wheeler. They are supposed to be winning right now, but they are not getting it done.

Philadelphia fans are not happy

Not that their fans are easily pleased to begin with, but they’re an unhappy bunch right now.

This just about sums up how they are playing right now

The Philadelphia Phillies trying to back their way into the playoffs pic.twitter.com/636AJ9VpRI

Of course, this is seeming oddly familiar to the 2020 Phillies who just had to win a couple of games down the stretch to get in.

This may be a little extreme, but the situation is that dire.

i am going to drive off the side of mount rainier

If they were to miss the playoffs, it would not be surprising for them to nuke the entire core of the team and start over. Of course, that would only elongate their streak of futility. Yes, the Eagles are 3-0, the Sixers had a good offseason, but it can’t all be well in Philadelphia.