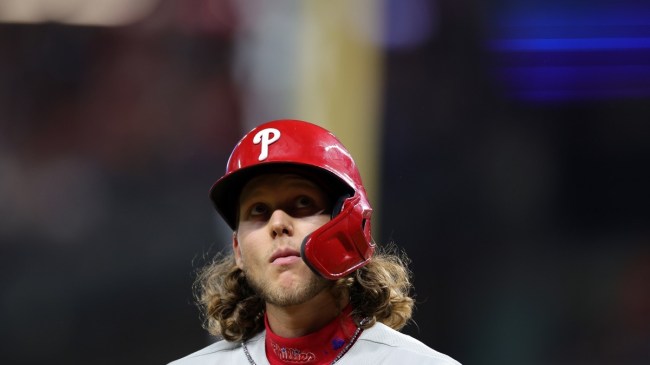 It had been a wonderful Fall for sports fans in Philadelphia. The Eagles are currently 8-0, and the Phillies made the World Season and were two home wins away from winning the series against the Astros. Add in the MLS team Philadelphia Union making the MLS Cup Final, and things were looking up for the City of Brotherly Love.

That is, until a disastrous Saturday that will be one city sports fans will want to forget.

It was a huge day in Philly sports, as both the Union and Phillies would play in championship games, though the Phillies needed to win just to keep their hopes alive.

The Union played first, as they took on LAFC in the MLS Cup Final. And, it was a classic match. The match went to extra time, and the Union took the lead in extra time.

OH MY GOD THE UNION TAKE THE LEAD IN THE 124TH MINUTE!!#DOOP pic.twitter.com/YlC8ZlIUVk

Surely, they would hold on and claim their first MLS cup, right? Well… Gareth Bale, one of the great players of the last decade who has made his way to MLS in the twilight in his career, had other ideas.

Oh no. But, things somehow got worse. In the penalty shootout, the Union missed all three of their attempts and lost the Cup.

A moment etched in time.

The winning penalty for @LAFC & celebrations (stay for @jmacdaddy77)! pic.twitter.com/vSYqtTHnWC

And, the Phillies topped it off with a loss of their own to give the Astros the World series. They led 1-0 into the sixth, but this blast by Yordan Alvarez was all the Astros needed.

Nothing sums up the Philadelphia sports experience better than enjoying a month straight of “what a time to be a Philly sports fan!” national media attention only to become the first city in history to lose two major sports championships in one day