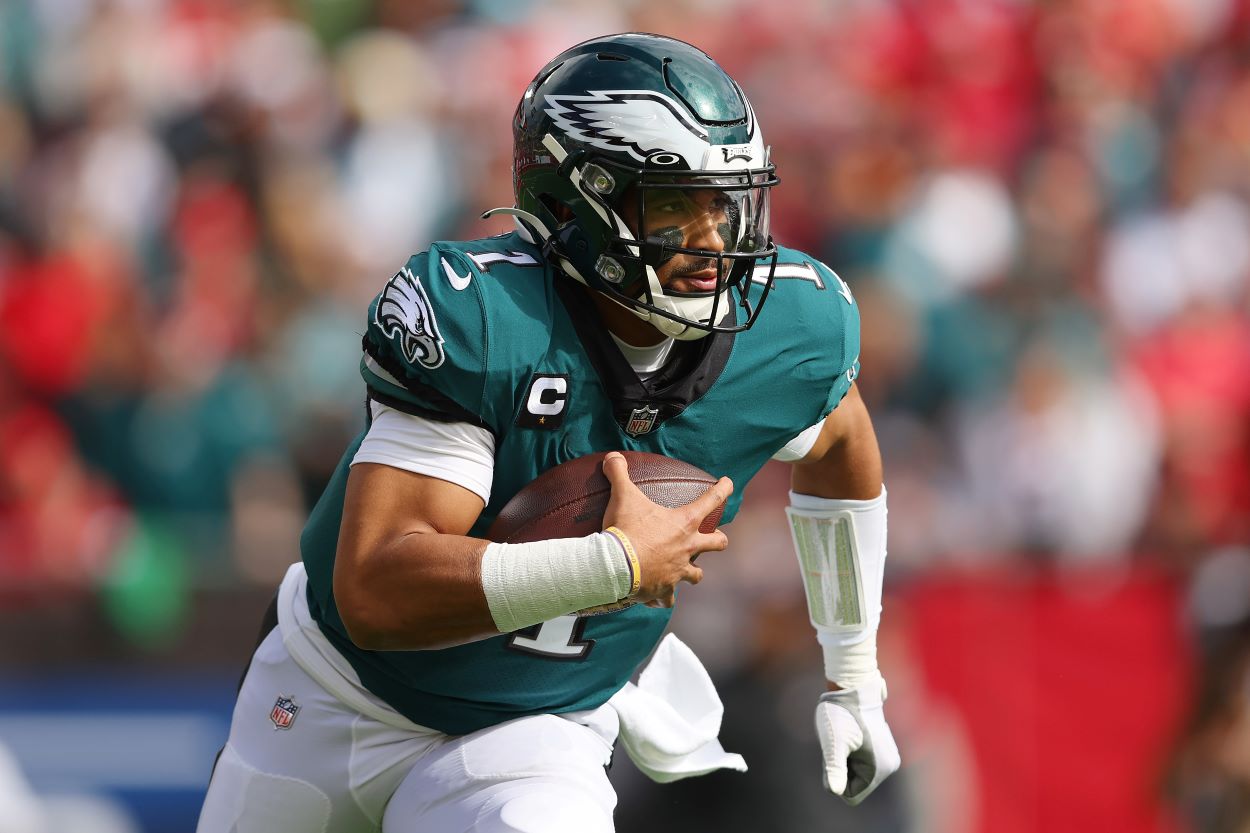 It’s a simple saying that rings true time and time again. But when it comes to sports teams, they just can’t seem to help themselves. This is particularly true of the Philadelphia Eagles.

The Eagles are already on the wrong side of history after switching from their iconic kelly green to midnight green in the mid-90s. Now the organization is up to its old tricks.

The #Eagles have tweaked the wordmark for their logo, going with a more modern look. pic.twitter.com/raqORA9dvm

Ari Meirov of Pro Football Focus reported on Thursday that Philadelphia is changing its wordmark. The Eagles are getting rid of their easily recognizable curved, boldface look for a more “modern” look that blends in with any number of USFL franchises.

The change prompted one Twitter user to ask the question that’s on all of our minds.

why are companies/corporations making their logos look lazier and uglier?

It comes as no surprise to see Eagles fans don’t love the new look.

This is the worst thing to ever happen to me. Why https://t.co/XaZpX0dCiW

This is garbage 🤢. Almost worse that the @sixers rebrands post Iverson-era https://t.co/WeMT16k5bO

Yo what in the world is this? This is a garbage transition. https://t.co/Pw2D7iy14P

Fans of other teams across the league got in on the act as well.

The Eagles are objectively awful obviously.

But this is a huge L move. Right on par I suppose. https://t.co/bYQPz57kdP

Eagles fans when they see the logo change pic.twitter.com/UF5J2osxY1

Every time a sports franchises goes back to retro colors or logos, fans seem to love the move. Instead, marketing departments have led us down a path of boring logos with zero personality.

Eventually professional sports franchises will learn not to mess with greatness. Today is not that day.