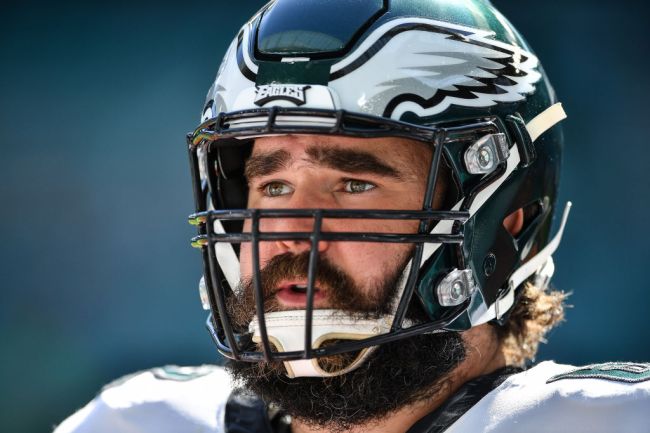 As NFL training camps start up, some new headgear will be on display.

Yes, plenty of new helmet designs are coming for the 2022 season, but some players will also be wearing a new piece of protective equipment.

This summer, the NFL is requiring several position groups to wear Guardian Caps, which are padded shells placed atop the helmet. The new league mandate will be carried out through the second preseason game in hopes of reducing injuries.

While some players disliked the cap’s added weight and extra bulkiness, Philadelphia Eagles center Jason Kelce didn’t seem too bothered. He even took it a step further by showing up to practice on Friday with extra protection of his own.

It was all in good fun as the NFL veteran took drills with a layer of bubble wrap around his Guardian Cap. It’s just what every overly-concerned parent wishes they could do for their child.

“They say the Guardian Caps add 20% protection, figure the bubble wrap gave me another 2 or 3. Just adding some protective layers,” Kelce joked.

It appears Kelce is taking every precaution possible to prevent concussions as he enters his 12th year with the Philadelphia Eagles. Hopefully, fans will see more of the “bubble boy” in action as the NFL season ramps up.

The new league mandate requires all offensive and defensive linemen, linebackers, and tight-ends to wear the Guardian Caps through training camp. However, some NFL teams have already implemented the new protective equipment.

The Los Angeles Rams wore them at practices last year. And Mike Tomlin started requiring his Pittsburgh Steelers to wear them last Spring. Although, Jason Kelce is the first to add a touch of bubble wrap to the new Guardian Caps.