The Philadelphia 76ers Are Exploring A Number Of Trade Options, Including Trading One Of Their Star Players 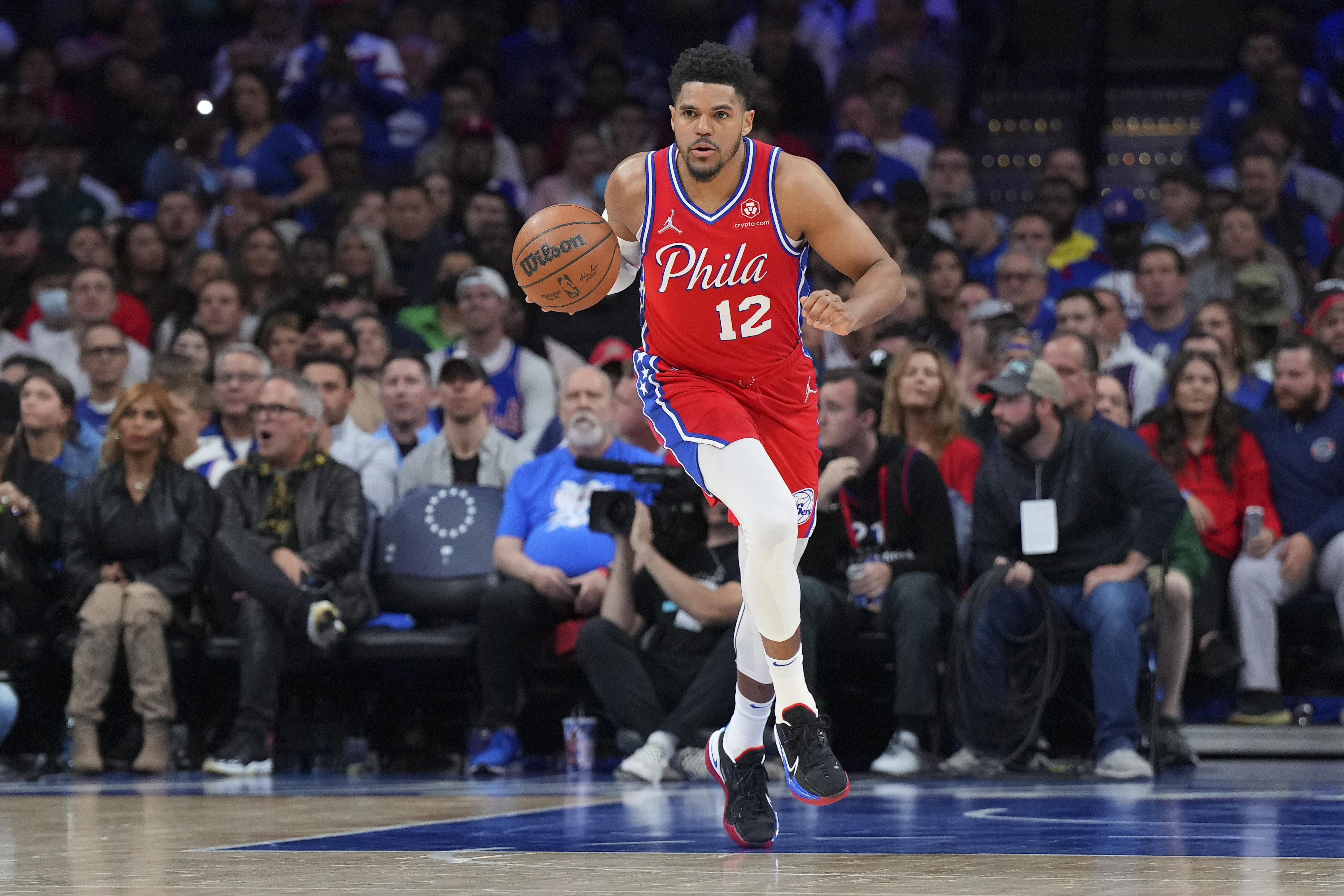 Basketball fans may have seen the last of Tobias Harris in a Sixers uniform.

At least if a report by Keith Pompey of The Philadelphia Inquirer is to be believed.

Pompey’s explosive report revealed that after another second-round exit in the NBA playoffs, the Sixers and GM Daryl Morey are reviewing a number of options. Chief among those options is acquiring a third star to play with Joel Embiid and James Harden.

Harris, who signed a max contract with Philly in 2019, has been a valuable piece for the Sixers. But he’s also been far from the third star they thought they were getting and has struggled at times in the playoffs.

The Tennessee product has also struggled to regain the 3-point shooting form he had with the Clippers after joining in a blockbuster trade.

Moving Tobias Harris Is Just One Of The Sixers’ Many Options

Pompey says that there’s no guarantee Harris will be moved. He also adds a number of additional tidbits. The Sixers are gauging interest on wings Matisse Thybulle, Danny Green and Furkan Korkmaz. The report also says that bench guard Shake Milton will not be retained.

Harris, who has a cameo scene in Adam Sandler’s new Netflix movie ‘Hustle’, is easily the biggest name being discussed. Pompey doesn’t discuss who Morey is pursuing, but Bradley Beal is a name that is often thrown around in those conversation.

Sixers fans seem unbothered by the idea of Harris or any of the others leaving.

Tobias is a negative asset and Matisse is an overrated defender and the worst shooter in the NBA. Next. https://t.co/m1Ci2Nvte8

"The Sixers have a club option of $1.9 million on Milton for next season. However, there’s a belief around the league that the team won’t pick it up."

This is surprising considering I don't think the #Sixers will really be able to get someone better than him on a min. contract. https://t.co/yHB8IISwG4

The most likely route for the Sixers to create future flexibility is by moving Tobias Harris.

The conversations have already started. https://t.co/icmGI4xRsT

Seems like there’s gonna be a decent amount of roster turnover https://t.co/hoUjUPCKpV

Buckle up, Sixers fans. The offseason is going to be a bumpy ride.