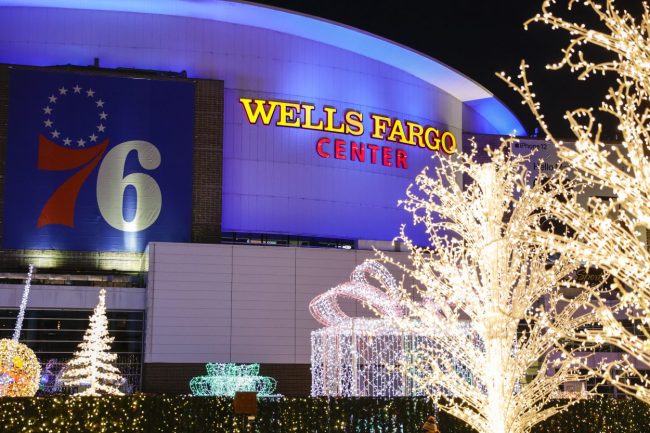 The Wells Fargo Center has been home to the Philadelphia 76ers since 1996. But that could all end soon.

The Sixers lease the arena from Comcast Specator, which owns the Philadelphia Flyers, and the lease runs out in 2031. Sixers owners are now looking to build an arena of their own after building an impressive practice facility just across the river in Camden, New Jersey in 2016.

Since then the team has suggested a number of projects and locations, all of which have been shot down.

On Thursday morning, the organization announced a $1.3 billion plan to build an arena in Center City Philadelphia by the 2031-32 NBA season.

Breaking News — the Sixers announced a new development company, with the goal of building a new arena at the Center City Fashion District.

The proposed project is entirely privately funded and will be called 76 Place. The plan would demolish a block of the district that formerly housed a shopping mall called the Gallery at Market East.

“We know the best thing, we believe, for the city, for our fans and for our organization, is to be downtown in a state-of-the-art facility that’s going to be privately funded by our ownership team,” Sixers president Tad Brown told ESPN. “And that’s going to create a brand-new environment, a whole new environment, that’s going to also really give a great economic boost in a development boost to a part of town that really needs it.”

This should be punishable by death https://t.co/M3EqqbWEkD

I like the Sports Complex of the stadiums next to Xfinity all in one place, decently unique compared to other cities to have all major sports play next to each other. Parking/Tailgating is going to be impossible. https://t.co/KPMQTcqWCW

The location is terrible. I can't even wrap my head around the traffic nightmare this will be. https://t.co/PxOQ6R7UJd

Thought not everyone disliked the plan.

So this is definitely some cool news! I’m not sure how parking will work, but the construction of the new stadium is going to be fully privately funded.

Construction is expected to begin in 2027 and be completed by the start of the 2031-32 season. #Sixers https://t.co/mRPFL8FTDr

2 blocks away from 8th and Market Station. Delicious https://t.co/lbiOqUAChT

Look at that public transit access, it's so beautiful 🥹 https://t.co/zQBbsqSZ3K

Philadelphia fans are never shy about sharing their opinions. Now we’ll see if the team’s owners take those opinions under consideration.