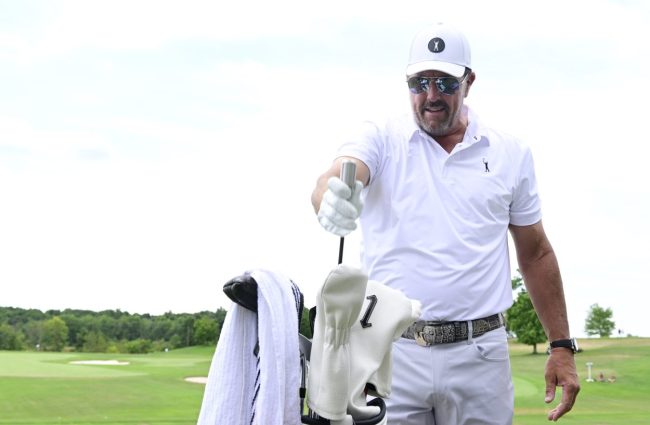 For all the talk among members of the LIV Golf Tour about playing less and setting a more friendly schedule, their actions don’t seem to match their words these days.

Phil Mickelson joined a group of 11 LIV members on Wednesday to file an antitrust lawsuit against the PGA Tour challenging their suspensions.

Breaking: Phil Mickelson and 10 other LIV golfers filed an antitrust lawsuit against the PGA Tour challenging their suspensions https://t.co/zsnYgU3E0u

Gooch, Jones and Swafford are each seeking temporary restraining orders to compete in the PGA Tour FedEx Cup playoffs. The playoffs begin next Thursday and are among the tour’s most lucrative events.

The suit claims that since the 11 golfers are independent contractors rather than employees, the PGA Tour cannot limit where else they compete outside the tour.

Golf fans, however, aren’t buying what the players are selling.

The transition from “we want to play less golf” to “we are suing to play more golf” took about 5 seconds. https://t.co/i6BAnAtvHr

It's like when the customers getting paid by the new pizza shop sue the old pizza shop because they don't get free pizza anymore… https://t.co/TQOCZt76hY

Remember, after suing, the DPWT guys did indeed receive a temporary stay that allowed them to play the Scottish Open. There’s a nonzero chance we see LIV guys—Gooch, Ancer, etc—at the first FedEx event.

Won’t be Phil, though, as he’s ranked 217th in the point standings. https://t.co/Za9dVadA6t

“I wanna play less golf, so I only wanna play LIV, the majors, the Asian Tour, and the PGA Tour.” https://t.co/touc0hQAVM

Mickelson was the first big name to join the LIV Golf Series. He’s since been roundly criticized by both fans and golfers alike. Dechambeau is another player who has been vocal about his complaints toward the PGA Tour yet continues to attempt to regain his Tour status.

The startup, Saudi-backed tour has been at the center of controversy in the golf world over the last six months. Most recently, it attempted to lure basketball hall of famer Charles Barkley into the fold in a broadcasting role. Though Barkley eventually turned down the offer.

The latest news only likely serves to raise tensions between the two tours even higher.