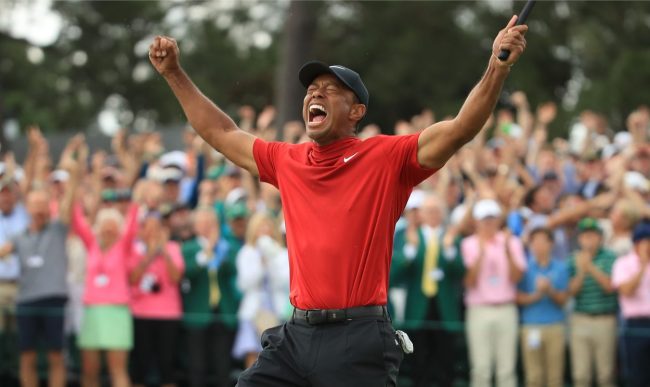 Two decades removed from his prime, Tiger Woods is still the face that run the place on the PGA Tour. Nothing makes that more evident than the fact that the tour is reportedly calling in Woods for a crucial meeting to discuss their handling of the LIV Golf series going forward.

I always liked Tiger Woods, but now more than ever. Sources: Tiger Woods to meet with group of players at BMW Championship, rally support for PGA Tour against rival LIV series – ESPN https://t.co/zaGIbby0iO

Mark Schlabach of ESPN reports that that Tiger is “scheduled to meet with several of the top golfers in the world Tuesday in an effort to rally support around the PGA Tour in its ongoing battle with the rival LIV Golf series, sources confirmed to ESPN on Monday.”

The Saudi-back start-up tour has put the PGA Tour under constant threat in recent months. Some of the game’s top players such as Brooks Koepka, Bryson Dechambeau and Dustin Johnson have all made the transition. Now it appears that the PGA could be set to lose world No. 2 and British Open winner Cameron Smith as well.

Despite the issues, the PGA Tour received a big win in the court room recently when a judge upheld its suspension from three players who opted to defect for the new tour.

Though the concerns are still very much present, and that’s where Woods comes in.

“It’s a meeting to get the top 20 players in the world on the same page on how we can continue to make the PGA Tour the best product in professional golf,” a player who was invited to the meeting told ESPN on Monday.

Woods harshly criticized the players who left in July. The 15-time major winner stated that they “turned their back on what allowed them to get to this position.

Ewwwwwwww. You're telling us Nike couldn't do any better than this? https://t.co/tQq2doQzl0

Golf writer Alana Shipnuck stated on Twitter that everything from major bans to the future of PGA Tour commissioner Jay Monahan is on the tabel at the meeting.