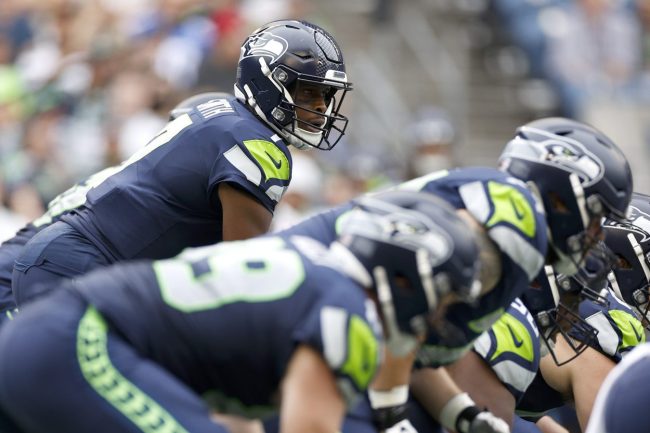 The Seattle Seahawks’ quarterback situation is, in a word, bad. Seattle cut ties with franchise cornerstone Russell Wilson in the offseason when they traded him to the Denver Broncos.

The trade was a clear sign that Seattle is in the process of rebuild. In the meantime, however, Pete Carroll’s team needs to name a starting a quarterback for the current season. Lock is now locked in a competition with journeyman Geno Smith for the starting job.

Carroll mentioned how impressed he was with Lock early on in the preseason, but the two have continued to battle throughout as the regular season approaches. Most recently, Lock missed time, including a preseason start, after contracting COVID.

That seems to have tightened up the race, despite Smith not exactly setting the world alight in his playing time. Carroll’s most recent comments indicate that the team is still up in the air about its QB1.

Seahawks' HC Pete Carroll said his team will take “all the time we need” to decide its starting QB, via @BradyHenderson:https://t.co/v6n7ytStte

I’m wide open for whatever happens,” Carroll said. “Geno’s been the guy in the lead position the whole time, and I’ve protected that thought throughout. He’s done a really nice job. He’s been very consistent. So we’ll just see what happens. There’s two more weeks of practice, too, after this. I had a set thought on what we would do with the timeline but that got disrupted, so we’re going to use all the time we need.”

This is a tough blow. https://t.co/TBOTY01WQw

Seattle opens the season on Sept. 12 against Wilson and the Broncos on Monday Night Football.