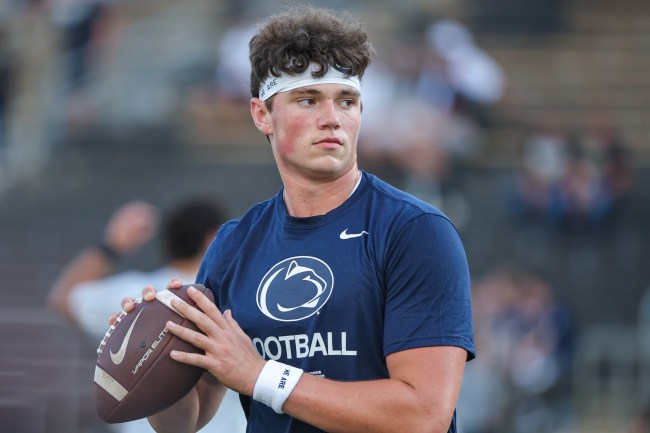 After a strong series last week against Purdue, Penn State freshman quarterback Drew Allar already had NIttany Lions fan excited. His first touchdown pass in a Penn State uniform on Saturday only added to that.

then, he threw another, this time showing pocket presence well beyond his 18-year-old age.

Penn State Fans are loving what they are seeing

Make no mistake, a lot of Penn State fans are tired of watching four-year starter Sean Clifford play.  Enter five-star freshman Drew Allar.  He was the top-rated quarterback and third player overall in the 2022 recruiting class according to 247sports and has been compared to Josh Allen.

Allar, who played his high school ball at Medina High School in Ohio  was a late bloomer as a prospect, and Penn State offered him when he was just a three-star. He shot up the rankings due to a good junior season and an excellent senior season. He stands at 6’5, 240lbs with good mobility and a rare arm

Expectations were obviously high, but has exceeded them already, and Nittany Lion fans are very, very excited.

@exitkerb uses some Gen-Z slang to show his appreciation for Allar so far.

Drew Allar is HIM

Bill Difillippo of Uproxx is one of those that see a lot of Josh Allen in the young kid.

It remains to be seen if Allar will win the job this year from Clifford, but many Penn State fans want him to.