The Pelicans Give Zion Williamson A Weight Limit On New Contract 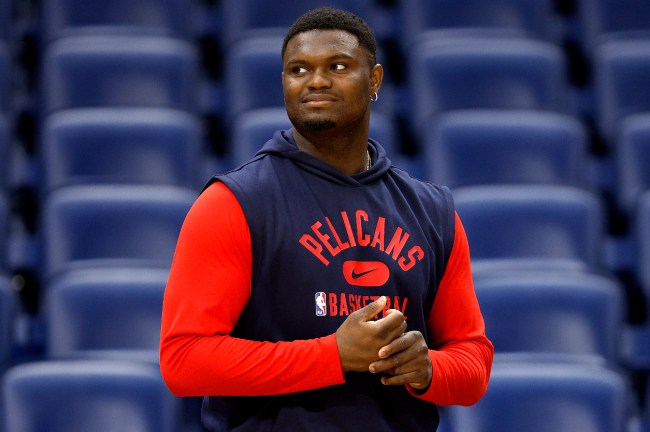 The New Orleans Pelicans wasted no time locking up superstar Zion Williamson to a long-term, big-money extension. Williamson will be in New Orleans for a long time, and after seeing his ridiculous production in college, he is worth it.

If Williamson can remain healthy and on the court, he will be an All-Star over and over again. If not, then this contract will look like a massive mistake.

Lately, the NFL world has been buzzing about Kyler Murray’s homework clause. Well, Zion has an interesting clause of his own in his contract.

According to Christian Clark of NOLA.com, Zion’s contract has some unique language regarding his weight.

According to league sources, Williamson’s contract stipulates that he will have weigh-ins periodically throughout the entirety of his new deal. The sum of his weight and body fat percentage must be below 295. If it is not, the amount of guaranteed money in Williamson’s contract can be reduced.

There you have it. According to Clark, the magic number for Zion Williamson is 295, and he could lose money if he goes over that number.

Williamson has been working on his conditioning, so this is a step in the right direction. But, after the start of a shaky career for Zion, this deal is a smart move for the franchise.