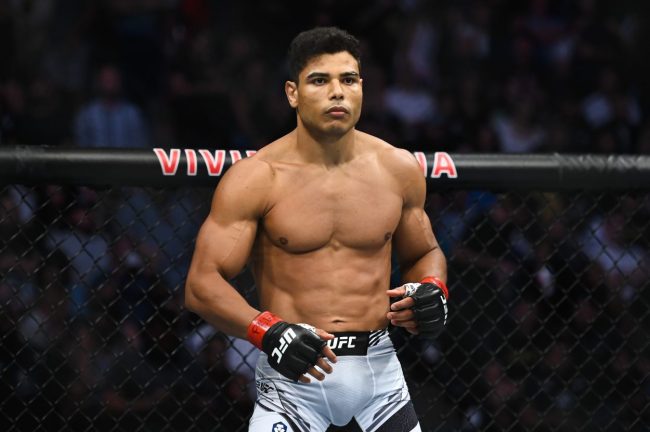 UFC middleweight has had quite the eventful last few days. It all started on Friday when a United States Anti-Doping Agency agent allegedly came to his hotel room at 7 a.m. on the day of UFC 278 weigh-ins to request a blood test.

That led to a war of words between Costa and opponent Luke Rockhold over the former’s alleged PED use. Costa put the war of words to bed on Saturday night when he comfortably defeated Rockhold via unanimous decision (30-27 x3). Though Rockhold made sure that if he didn’t win, he was going to leave Costa with something to remember him by.

The victory moved the 31-year-old Brazilian to 14-2 in his career and 6-2 in the UFC. He now has just one fight left on his UFC contract and it appears he may not be back in the company following that fight.

Costa spoke more about the issue with MMA Fighting’s Ariel Helwani on Monday.

.@BorrachinhaMMA says he has one fight left on his UFC deal and is" looking forward to being a free agent."

"I’m on a high, high level, fighting the best of this division and my contract is too old. When I fought Marvin Vettori, I got $35,000.”

Paulo Costa Believes He Should Be Paid More

Helwani then asked Costa how he felt about having another fight before hitting free agency.

“Yes, I’m looking forward to being a free agent. For sure, I would not lie (to) you. I thought that this was the last one of this contract because I really believe (it). And it’s not just me, it’s for everybody. I’m on the high, high level. Fighting for the best of the division. And my contract is too old. When I fought Marvin Vettori, I got $35,000.”

One thing is certain, if the Brazilian hits the open market he will have have plenty of suitors. Costa is one of the UFC’s most exciting fighters, having finished 12 of his 14 victories.

KD and Ja?! It might be a wrap for the league if they let this happen. https://t.co/biYJMCDWmb

It might just be time for Dana White to open up his pocketbook.