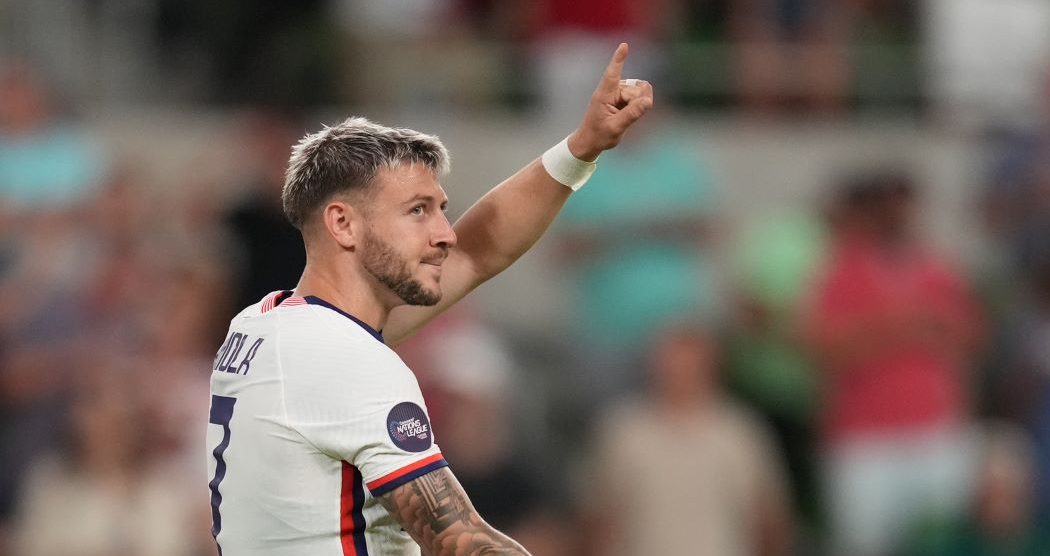 Life is golden for FC Dallas and US Men’s National Team winger Paul Arriola these days.

Arriola is consider one of the top players in Major League Soccer and scored on Friday night in his start for the national team.

Arriola has become a fixture on the national team under manager Gregg Berhalter. He appears likely to make his first FIFA World Cup appearance later this year in Qatar as well.

Perhaps Arriola’s biggest accomplishment, however, comes off of the field. It turns out that the USMNT star has maybe the most American tattoo we’ve ever seen sprawled across his lower back.

If you thought Christian Pulisic's bald eagle was the most American tattoo on the USMNT, feast your eyes on the glory of Paul Arriola's Budweiser 18-wheeler. pic.twitter.com/GX363ddg7e

Yes, you’re seeing that correctly. And yes, it is a Budweiser 18-wheeler in all its glory. Arriola is pretty inked up from the looks of the picture. Twitter was losing its mind over the tattoo, but it turns out there’s a pretty sad, sentimental story behind it.

Arriola’s father, Arturo Arriola III, passed away from a heart attack at the age of 48 in 2018. He also suffered from alcoholism after spending much of his career as, of all things, a beer delivery driver.

“My dad ended up struggling with it and was really never able to cope with the understanding that he had to drink less,” Paul said in the interview with the Washington Post. “Rather than talk about internal issues, he would drink, which caught up to him in the end.”

So while Arriola’s tattoo might be one of the coolest we’ve seen, it also carries with it a wonderful tribute.