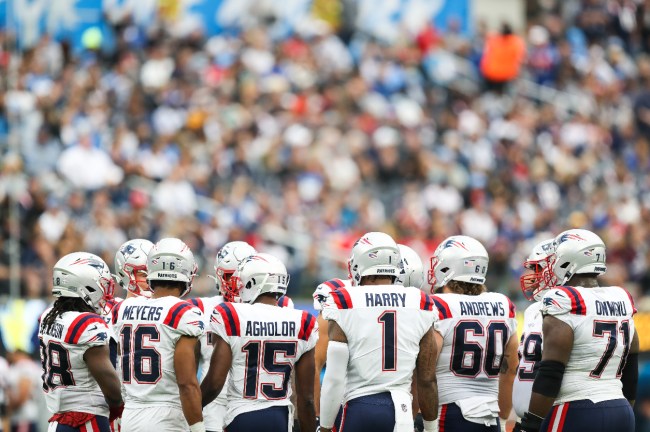 The New England Patriots have finally done it!

After months and months of trying, the Patriots have traded away former first-round pick N’Keal Harry. The former Arizona State star never got his footing right in Foxborough, and the Patriots were trying to move him all offseason.

According to Mike Garofolo, the Chicago Bears are acquiring Harry, and Ian Rapoport of NFL Network gave the return.

The Bears traded away ONLY a seventh-round pick. And it isn’t until 2024. That’s basically nothing for Harry, and a smart move by the Bears, especially with a depleted wide receiver room.

In three seasons, Harry has just 598 yards combined with four touchdowns. He is coming off his worst season by far, catching just 12 passes for 184 yards and no scores. Sure, in his rookie season he caught only 12 balls for 105 yards, but he also played just seven games in 2019.

Nonetheless, the Patriots are moving on from Harry, and a look back at that 2019 draft class will give New England nightmares for a long time. Harry was chosen over the following wide receivers in the loaded 2019 NFL Draft:

That is only the wide receivers, by the way, so the Patriots missed big on selecting Harry. Of course, he did have a terrific career at Arizona State.

But, perhaps a change of scenery is best. After all, the Bears have Darnell Mooney as the lead guy in the WR room, and after that, it is also a lot of question marks.

For the Bears, they get Harry basically for free, and New England finally gets rid of a massive draft bust. Maybe Justin Fields will find a way to utilize Harry in Chicago. Who knows.