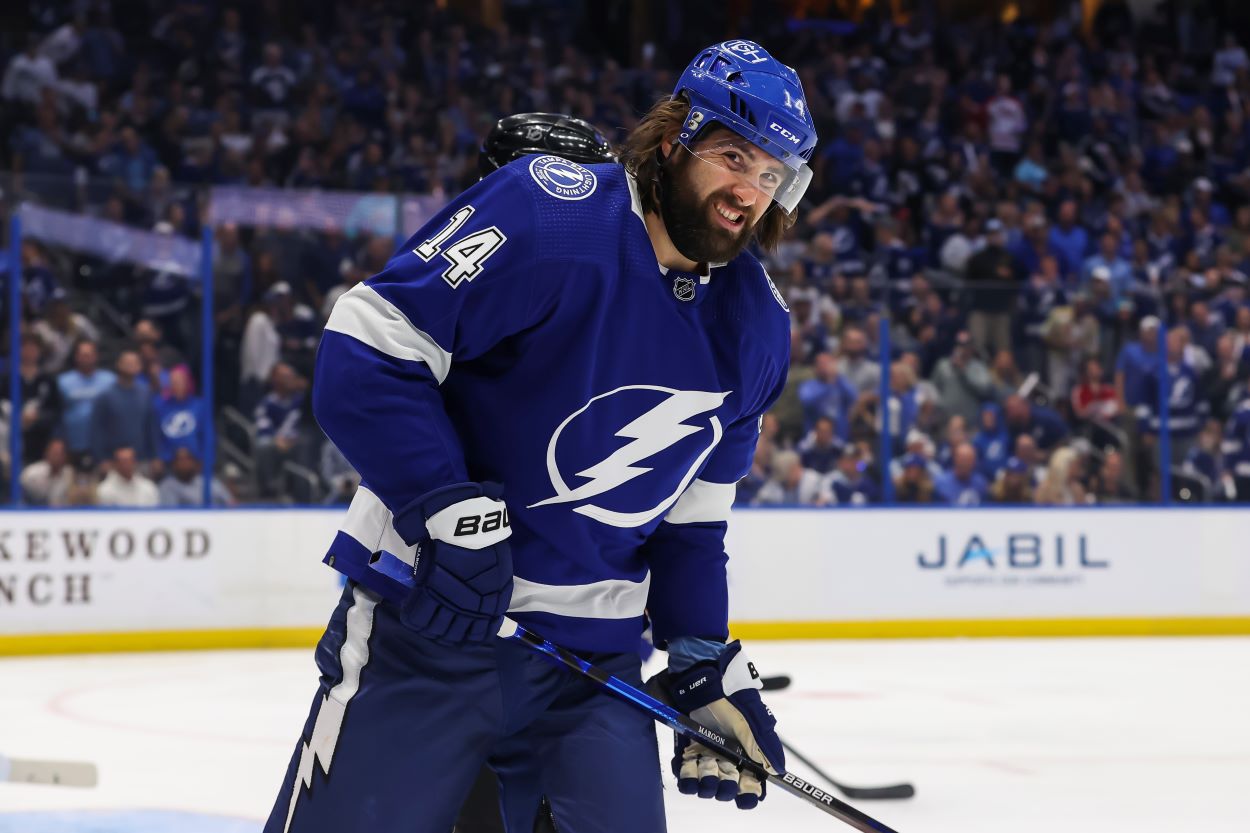 The NHL veteran has won three in row. He won his first with the St. Louis Blues in 2019 before winning the last two with Tampa.

When Maroon takes the ice on Wednesday for Game 1 of the 2022 Stanley Cup Finals against the Colorado Avalanche, he’ll do so with a bit of extra, unique motivation.

Maroon has a particular distaste for the Avs’ franchise. It’s not for the coaches, the players or the Colorado fans. No. Instead it’s for Colorado’s owner.

Maroon is not only a Stanley Cup champion with St. Louis, but he was also born and raised in the city. He grew up a St. Louis Rams fan. The very same Rams who are owned by none other than Stan Kroenke, who moved the team out of St. Louis and back to LA.

Maroon went on the Pat McAfee Show on Tuesday to let people know he hasn’t forgotten.

"I hate Stan Kroenke.. I can't stand that guy because he took the Rams from St. Louis" ~@patmaroon#PMSLive pic.twitter.com/Z4n5MmYWZj

Coincidentally, Kroenke also owns the Colorado Avalanche. Technically the Avs are owned by Kroenke’s wife, Ann, due to an NFL rule that disallows teams owners from also owning a major sports team in another NFL city. Ironically, Ann is also the cousin of new Denver Broncos owner Rob Walton.

“To have that taken away from us, it just sucks,” Maroon said of Kroenke moving the Rams. “…The fans are truly passionate in St. Louis. I just can’t stand that guy for taking them out of there.”

If Maroon leaves an elbow in on hit or throws a dirty cross check, Avalanche players will know who to blame.”