Paolo Banchero Showed Up To The NBA Draft In An Absolutely Preposterous, Very Expensive Fit 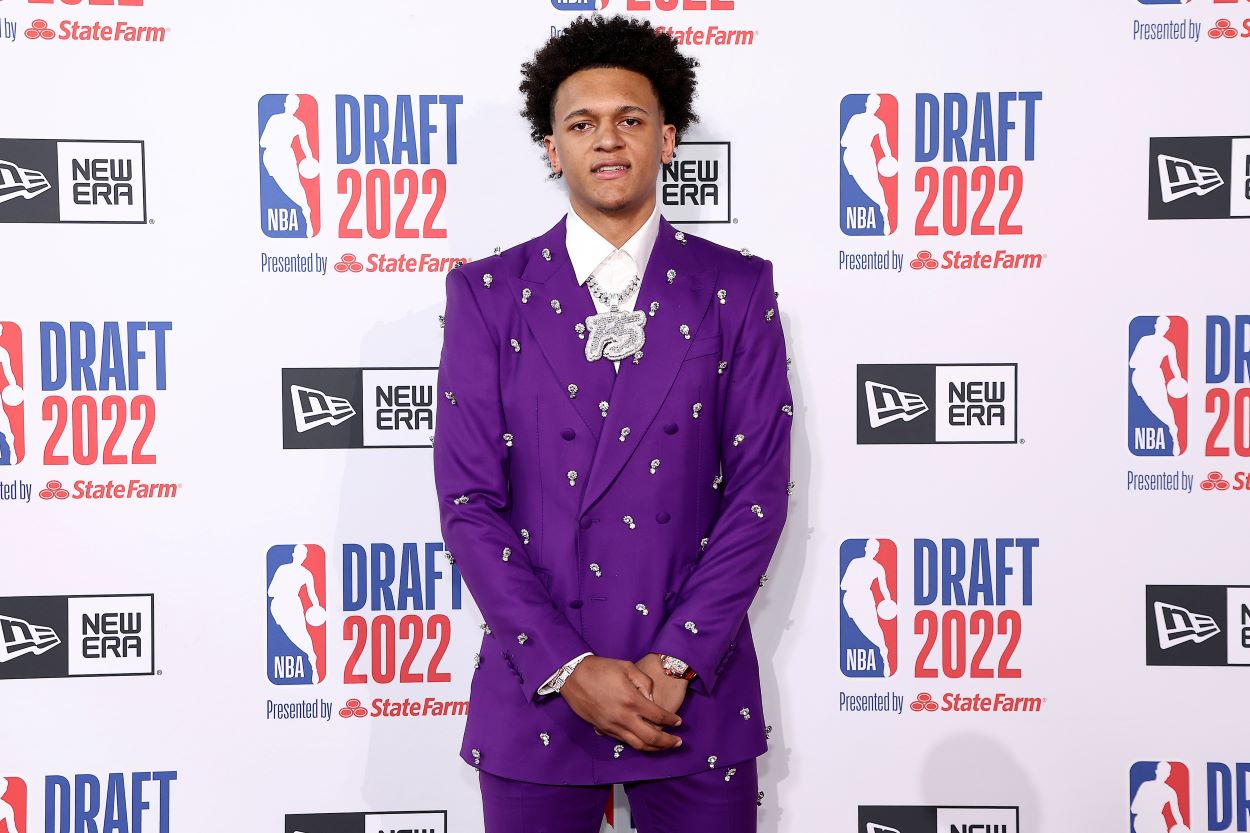 Duke forward Paolo Banchero is just a few hours away from being very, very wealthy.

The versatile big man is expected by many to go with the third pick of Thursday’s NBA Draft to the Houston Rockets. Until then, however, Banchero is making noise for other reasons: the absolutely absurd purple suit he showed up wearing.

Banchero explained the color by telling reporters “I wore this color cause everyone gave my parents some heat for me not going to UW where they went. So this was like an ‘I’m sorry.'”

Banchero is a Seattle, Washington native and the suit is made by Dolce & Gabbana.

So that explains the color, but what about the ice?

In addition to a suit that makes him look like Jack Nicholson as The Joker, Banchero appeared to have somewhere in the neighborhood of 50-100 diamonds pinned to the suit. Apparently, however, they’re only rhinestones.

He also appeared to be wearing a Richard Mille watch worth nearly $400,000.

Am I crazy or is Paolo Banchero wearing a $370,000 Richard Mille RM 67-02 Automatic Alexander Zverev watch to the NBA Draft? pic.twitter.com/cjA1JU4NUS

Fans loved the watch, but the suit game not so much

I love P5, but this fit is questionable at best.🥴 https://t.co/LaGBStLJKK

WTF Bro it's the draft not a circus https://t.co/BvvFLNnmXg

Thankfully for Banchero, his questionable decision making doesn’t appear to be dropping him down any draft boards. And what does he care what people think? The third pick in the NBA Draft is set to make a projected $30.6 million over the next four years.