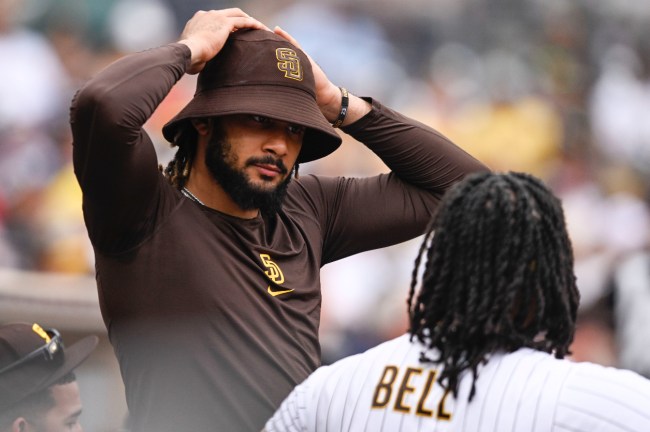 The San Diego Padres took a giant blow after it was reported that star shortstop Fernando Tatis Jr. was suspended 80 games for PED usage.

His explanation was something else, although fans weren’t buying it one bit. Just after the Padres acquired Juan Soto and Josh Hader, they got the Tatis bombshell.

On Tuesday, Tatis spoke to the media in San Diego. The young shortstop apologized time and time again.

Fernando Tatis apologizes profusely at his news conference from everyone to the #Padres to the fans to his family to his country: ‘I’m really sorry. I let so many people down.’

You could hear the regret in Tatis’ voice in this clip below.

Fernando Tatis Jr. addresses the media for the first time since his suspension.

The Padres have been having a rough time since the Tatis news surfaced, and their World Series odds are likely going with this news.

However, it is refreshing to see Tatis man up and take full responsibility for this suspension. Furthermore, he has decided to have shoulder surgery.

Fernando Tatis Jr. said he will be having surgery on his shoulder.

He adds that he will be spending the bulk of his offseason in San Diego.

After a rough offseason and a number of injuries, he is now suspended and out for the beginning of the 2023 MLB campaign as well.

Still, when Tatos returns, teams will need to figure out how to stop the Padres. Manny Machado, Juan Soto, Jake Cronenworth, and Tatis all in the same lineup is scary.

Let’s hope that the Padres can turn it around in 2023 and that Tatis can return to his superstar form.