Padres Sensation Fernando Tatis Jr. Gets Everybody Amped And Returns To The Batting Cage 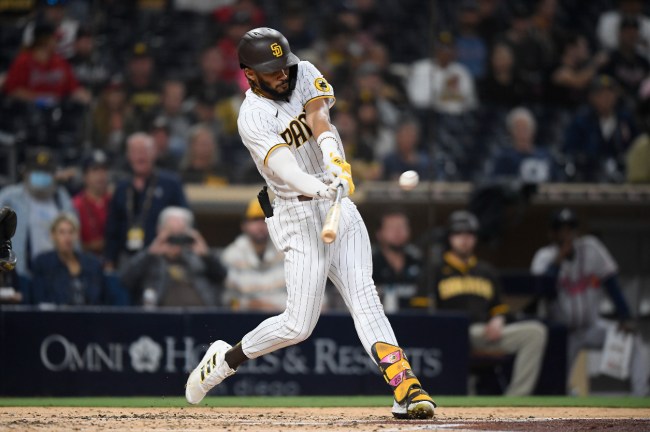 Nobody knew when or if San Diego Padres star Fernando Tatis Jr. would make his 2022 debut. The Padres received encouraging news a couple of times, but then rumors swirled that he would start swinging a bat.

Then, nothing happened. But, everybody can rest a bit easier now, thanks to a video from Dennis Lin of The Athletic.

It has been a long road for the Padres and their star shortstop. After a series of injuries and no help due to the MLB lockout, Tatis began the season on the shelf and worked toward making an appearance this season.

Some said the All-Star break, others August and the pessimistic ones doubted that Tatis would return this season. Yet, here we are, fans everywhere rejoiced at one of the brightest young stars swinging a bat once again.

The sight we've been waiting for. https://t.co/CryRuSVZOX

This is good news for everybody, Padres fans or not. When Tatis is healthy, he is easily one of the most electrifying players in the game, both at the plate and on the field.

The list goes on. With Fernando Tatis Jr. making his return to the cage, his 2022 season debut is imminent. Prepare yourselves.