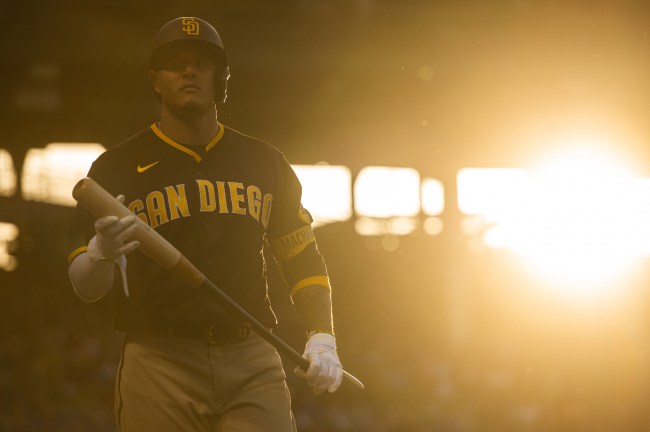 The San Diego Padres have done the unthinkable. Even without Fernando Tatis Jr. up until this point, and with both Blake Snell and Mike Clevinger making limited starts, the Padres have hung around toward the top of the National League West.

A big reason is the success of Manny Machado, who has been mentioned among NL MVP candidates through the first couple of months.

But, Sunday was not a good one for Machado, and he left the game in the first inning after injuring his ankle.

The absolute last thing the Padres want to see. Manny Machado appears to hurt his ankle after stepping on first base on a groundout. pic.twitter.com/8PJMZwAUNH

To make things worse, Tatis has still not been cleared to return, so there is a possibility that the Padres will have both Tatis and Machado on the shelf.

The Padres have lost two straight to the Rockies going into Sunday’s game. That hurts.

Then, they watch their best player go down with a brutal injury in the first inning.

Padres fans couldn’t believe it, either.

Man… anyone but Manny https://t.co/FsHAV3cQcT

During the game, the Padres gave an update.

If Machado is forced to miss extended time, this could be the beginning of a rough stretch for the Padres.