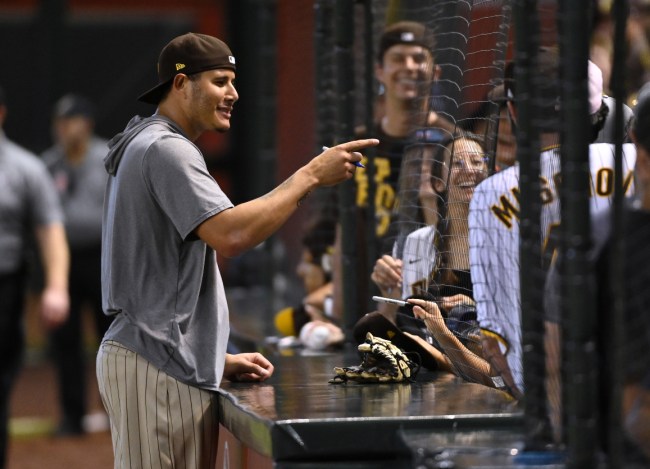 The San Diego Padres and Los Angeles Dodgers are preparing for a monster four-game series in LA. This will be the first meeting between the two teams since April 24.

The Dodgers are clinging to a slight lead in the National League West, and both teams are suffering from some injuries. Mookie Betts and Walker Buehler are among those sidelined for LA, while the Padres have yet to see Fernando Tatis Jr. take the field all season long.

Another Padres star that has been missing is Manny Machado, who recently suffered a nasty-looking ankle injury against the Colorado Rockies.

With the Padres trailing the Dodgers and the tensions running high in the NL West, they need Machado. Plain and simple.

Well, Bob Melvin didn’t exactly give away Machado’s availability, although his comments sure make it seem like Machado will be ready soon.

Bob Melvin on Manny Machado (with a smirk): "Maybe he'll show up sometime in the next series."

That’s an encouraging update on Machado, especially since Melvin said it with a smirk.

The Padres and Dodgers have flip-flopped recently with the NL West lead, and going into the series, LA holds onto a 1.5-game lead over San Diego.

But, getting Machado back would be a massive boost for this team, and he was seen fielding grounds recently — a sign that a return is imminent.

After hitting on the field, Manny Machado is now taking grounders at 3rd base. pic.twitter.com/6TJpB9Dlx5

Let’s not forget: Machado spent a brief period with the Dodgers during the 2018 season, and it’s safe to say there are hard feelings left around in LA. That should make this series even more entertaining.