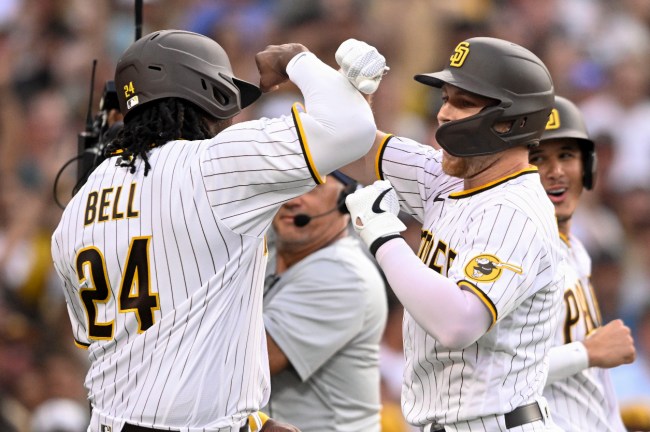 The San Diego Padres are once again under the national spotlight. With the acquisitions of Josh Hader, Josh Bell, Brandon Drury, and Juan Soto — the biggest of them all.

Pair those guys with Manny Machado, Yu Darvish, Joe Musgrove, and Fernando Tatis Jr. (once he returns), and the Padres boast an electrifying roster.

Wednesday night was the debut of the new-look offense, and it went exceptionally well across the board. The new trio made history, becoming the first MLB team since 1900 to have three midseason acquisitions all reach base safely multiple times in their team debut (h/t ESPN Stats & Info and Elias Sports).

On the very first pitch he sees as a Padre, Brandon Drury welcomes himself to SLAM DIEGO! pic.twitter.com/F9mPMfICUK

Drury was hit by a pitch later, giving him another trip to the bases. So, all in all, it was a successful day for San Diego as they cruised to a 9-1 victory at Petco Park.

Things are looking much different in downtown San Diego these days, and we can only imagine the fanfare Petco Park will receive once Tatis returns. Let’s see if this begins a turnaround from the Padres.