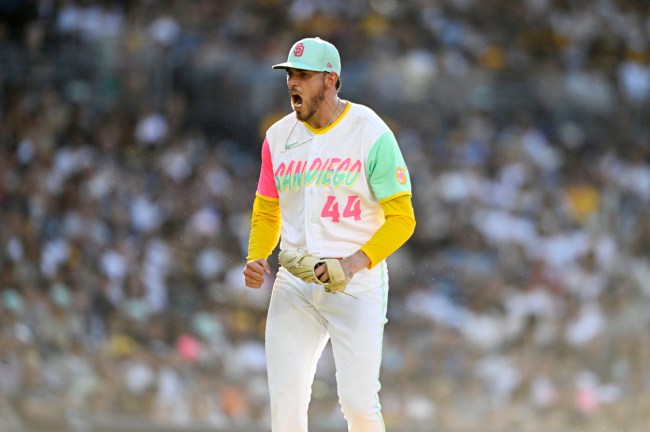 Nobody had thrown a no-hitter in the history of the San Diego Padres franchise. Then, in April of 2021, Joe Musgrove twirled one against the Texas Rangers.

Since that moment, Musgrove became a fan favorite in San Diego, and the hometown kid expressed his desire to stay with the Padres.

After months and months of discussions, the two sides finally agreed to a deal. According to Jon Heyman, the Padres inked Joe Musgrove to a five-year deal worth $100 million.

This was the first move of the day, and right after that, the Padres struck gold by landing All-Star closer Josh Hader in a blockbuster move.

However, Musgrove was a long time in coming, and fans are rejoicing after the Padres continue to spend a ton of cash — something that is still relatively new to many people.

Congratulations Joe on the haul.

AJ PRELLER TRAP ME IN A CONTAINER FILLED WITH PIRANHAS AND FEED MY REMAINS TO A T-REX https://t.co/ZeAMUqBvWw

Right before that Heyman tweet, he said that Musgrove was signing with the Chicago Cubs, and fans made sure to get screenshots.

After years of not paying their stars, times have changed in San Diego, and this deal is a massive bargain for them. Musgrove has been phenomenal this season, compiling an 8-4 record with a 2.65 ERA and earning a trip to the All-Star Game.

If Musgrove can continue to put together strong campaigns, this contract will look like an absolute steal.